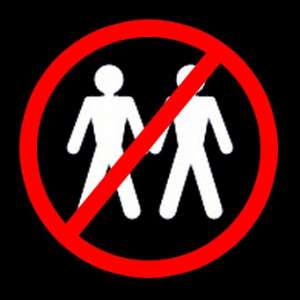 Government Must Show Leadership And Make A Bold And Emphatic Statement Allowing Or Not To Allow LUBTQ Conference In Ghana--Piran-GH.

There have been worrying concerns of a letter circulating on social media and mainstream media about an intended conference of the Lesbian, Gay, and Bisexual, Transgender and Queens in Accra on July 27th-31st 2020.

Ghanaians on the flip side have shown disapproval of such evil and satanic conference in Ghana, which strangely seems to be getting endorsement from Amnesty Ghana with their President calling on authorities and citizens to allow such conference to go on because they are human beings with right to form association no matter how distasteful the object of the conference.

We want to tell the proponents and advocates of such conferences to note that every right has a limitation and that they can’t rely on right to Association to form an association general seen as ungodly and distasteful, can any group of persons form association of Arm robbers, Prostitutes, Gamblers because they have the right to suit their right and interest?

The theme for the fifth edition of the Pan African ILGA (Sankofa going back to our roots, reclaiming our right) is out of context.

Lesbian and gay union has not been a practice by our forefathers and for that matter going pack and reclaiming such none existing right is a misnomer.

The President’s statement on the algezela network that if the advocates mount Pressure can get their concerns of male having sexual intercourse with male counterpart with female doing same defeats God purpose for sex. The natural object of sex is for procreation, so how could we as humans and animals legitimized same sex and continue to increase and leave on?

It is in line with this question of legalizing or not legalizing same sex in Ghana that we wish to appeal to our Government to follow the examples of the Queen of Great Britain, Yaya Jamel, late Robert Mugabe, Late President Mills, Former President John Mahama among others World leaders to make emphatic statement on Ghana’s position on this subject of emerging LGB right in Ghana.

Naturally it is not a normal practice among humans and even animals and any person or a group supporting and advocating unnatural intercourse among humans is completely out of order and the Government should make Ghana’s position before mid-march, and such conference, if it has been approved by state duty bearers, should be canceled before incurring the anger of the people and of God.

None of the three dominant religions in Ghana is in support and allowing such a conference will be in bad taste. And the Government should be responsive to the needs of Ghanaians to halt this planned LGB Conference.