And How Do We Reassure People Without Causing Them To Be Lax With Precautionary Measures?
By Issah Imoro 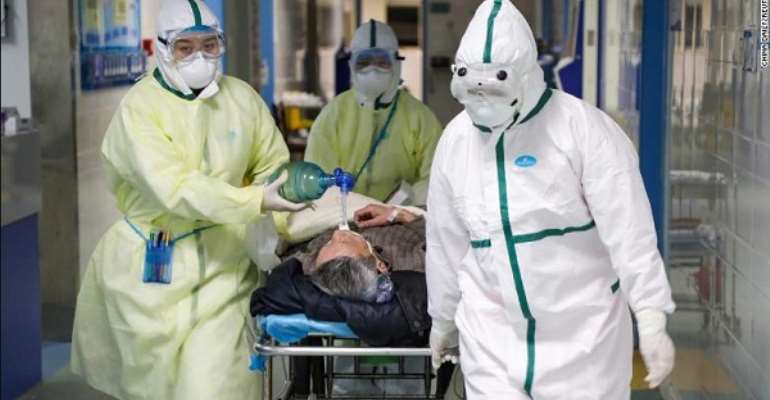 “We are on the highest level of alert or highest level of risk assessment in terms of spread and in terms of impact...This is a reality check for every government on the planet: Wake up. Get ready. This virus may be on its way and you need to be ready. You have a duty to your citizens, you have a duty to the world to be ready.” These were the words of Dr. Mike Ryan, Executive Director of the World Health Organization’s health emergencies program during a Press Conference on February 28, 2020 whilst stressing that they were not trying to scare people.

To me, the above statement by Dr. Mike Ryan summarizes the entire episode of events associated with the outbreak of COVID-19 and briefly answers the questions set out in the title of this article. Anyone who has monitored the events from onset will fully agree that facing the reality of the threat COVID-19 poses to global health is not scaremongering. When the disease first broke out in China, there were numerous reports that Chinese authorities downplayed the impact of the outbreak and in certain instances sought to punish (imprison) doctors who first discovered the disease and subsequently sounded the alarm. It was later revealed that one of the doctors died of the disease and was posthumously celebrated as a hero.

And at the time China was battling with the crisis, a major part of the rest of the world sat unconcerned forgetting that the world is a global village and that China had become one of the most popular destinations for people from all continents. Today as we speak, about 37 countries that span 5 continents are struggling to contain the disease with WHO’s Situation Report – 37 published on February 26, 2020 putting the number of cases globally at 81 109 confirmed in 37 countries and a total of 2,762 deaths. Today is March 1 and the figures are pretty much higher based on media reports.

And to further highlight the need to take serious preventive measures is the case of Iran which has become one of the spot lights of the disease outside China. It was first reported at a time when the country was going to the Polls. The authorities tried to conceal the situation in a bid to encourage people to go out to vote. However, the disease spread wide and even infecting high political leaders and killing some. The authorities finally resorted to taking drastic measures like cancelling Friday congregational prayers in order to control the spread of the disease. This story is enough to be a caution to all other countries.

However in the midst of all these facts, there are people thwarting global response efforts to this disease even though these people might have good intentions and may be truthful with some of their claims. Statements like healthy people are less likely to be fatal and/or COVID-19 is more fatal to the Aged and people with underlying conditions like Diabetes, Hypertension, Heart diseases, etc even though are true do little in solving the problem and at worst are detrimental to our collective efforts in solving the problem. Others also make the claim that this category of diseases are more fatal in caucasian and Asian populations than in African populations just like the common cold.

First of all in response to these statements, every single life is valuable irrespective of whether the person is old or suffering from other underlying conditions like diabetes, etc. Secondly, there is an estimated 962 million old people globally. Are we comfortable that about 9 percent of the Worlds population is at fatal risk? Furthermore, in today’s world it is difficult defining who a healthy person is. The prevalence of diseases like diabetes, hypertension are very high and common in the youthful population than they were in the past. On the issue of fatalities based on ethnicity/race, it should be noted that the the experts say COVID-19 is about 20 times more fatal than common cold. In addition, the world is regarded as a global village. What affects one part equally affects the other areas and that is why global markets are declining irrespective of race/ethnicity. This would have been enough reason even if the cancellation of global events of importance and restrictions of movement is not a major inconvenience. Thus, using these facts as a means of reassuring people might be counter productive. One of the best ways of reassuring people is to have faith in God and then stick to the scientifically proven preventive measures that are constantly updated by the health authorities.

We all need to be balanced in our communications on this subject, stick to the guidelines issued by the relevant authorities and work together to stop the threat that this disease poses to global health. I will also like to say kudos to the Government of Ghana as well as the Health Service for their dedicated and hard work to minimize/stop the spread of the disease in Ghana and the world at large.