A Typical Case of How A Polarised Ghana Is Caving In: One Ghana Movement Is The Rescuer

The Parable of The Apothecary
By Charles Yeboah (Sir Lord) 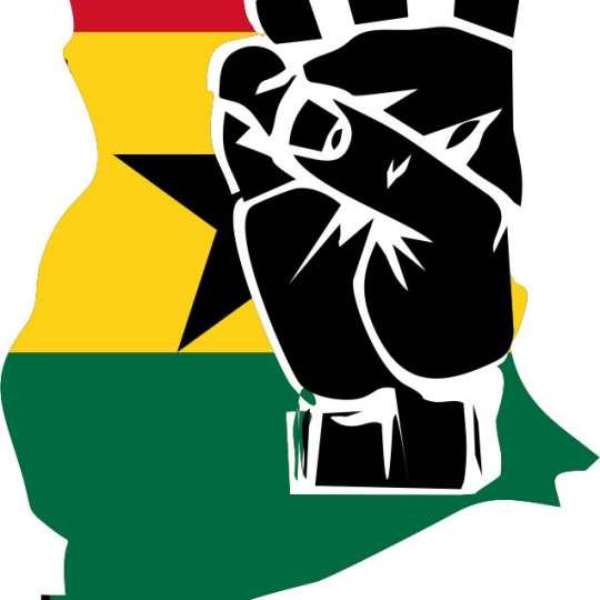 The current polarised Ghana on all fronts - politics, religion, ethnocentrism, and even amongst the creative art industry, can be likened to an apothecary who embarked on a suicide mission. And it's also interpreted as the bane to our progress vis-a-vis our bequeathed resources.

The Apothecary, one the current generation call: pharmacist, druggist, or a "drugstore owner", used his gracious welcome by unsuspecting kinsmen of once a great Kingdom to pay them with evil, one that boomeranged to his (the Apothecary) bosom more deadly.

From whence came the Apothecary, his birthplace, the people there held a long time battle with these kinsmen who threw caution into the wind and hosted him (the Apothecary). These unsuspecting good men behaving like the 'hen who goes to the hawk for healthcare, not knowing she's the chief meat for the supposed healer.

The Apothecary administered drugs to them on request to heal all ailments. Be it a pain in the head, that of the leg, or a paralysing disease that needed the intervention of an expert in medicine or an all-powerful God to heal with a magic wand.

It didn't take long, the strong and the industrious amongst the kinsmen either died, or added more sickness to the one they'd approached the Apothecary to be freed from.

Amongst the Kinsmen, there was one who befriended a son of the Apothecary, who doubles as an apprentice at the drugstore. They were childhood friends, but schooling separated them in their teenage days. That of the Kinsmen became restlessly hungry for knowledge. He sojourned to the length and breadth of every corner of the world to grab it when knowledge was sold or given freely.

On his return to his nativity, amongst the Kinsmen, he noticed how stunted they have grown, the alarming speed with which they were racing to outjump the other into death. And his friend, the son of the Apothecary, always walking stupor in his drunken pace. He saw the other siblings of now a drunkard apprentice either lost the sanity or respect in the eyes of men. No one took their words for serious, or meaningful.

One, a female, who entered in a bad marriage with an unfulfilled promise of travelling overseas with the husband, as the husband lived there, is now walking in the streets acting and saying words that she only understands. She's mad.

The other, a boy, who whiles growing up was seen with a mark of future great, due to how he came tops in class, is now not only a prodigal but has completely lost his senses that qualifies him to live among his fellow men. His is either saying something gibberish or entering where dead bodies are laid in state, fighting the innocent lifeless body with risible claims that: they were the murderers who laid siege and killed students and farmers. Bereaved families don't only angrily give him some knocks in the bushy head, but throw him out from the respected place of the pall, where the resting souls are accorded respect by the living.

To talk about the wife of the Apothecary, readers should have near them handkerchiefs to wipe their tears. She died with an unexplained disease that it's still believed the Apothecary carry, and is still spreading amongst the Kinsmen, one he does through promiscuity. Her (Apothecary's wife) belly protruded, with the limbs becoming as thin as an elephant who has swapped the legs for those of the mosquito. Totally bedridden. Before a forced swallowed morsel gets to her stomach, she must be rushed to the lavatory, or soil herself. The day she died, her remains were concealed in a casket, and no living soul, not even his drunkard son, with a Dutch-courage, the power of alcohol, wanted to be scared seeing her scary skeleton carcass.

The now drunkard son of the Apothecary, after losing his mother, the only comforter in adversity, at the town square, after challenging to victory all the alcoholics in the kingdom, boasts and liken his victory to that of his father's unchallenged power to snatch all women from their husbands in the kinsmen, and those who muster a least courage to challenge, poisoned to death, in the drug unsuspectingly purchased from the drugstore.

He started naming those who died recently amongst the Kinsmen and did well for the people with their generous giving. One, a leader of a youth group, who was almost the husband to all the widows. He literally fed them all as would her wife and household. Out of envity, not getting the advantage to exploit the hopeless widowed single mothers, for his unsatisfying appetite for what the renowned Ghanaian musician Daddy Lumba said: "a hidden deep treasure in between the legs of women; the Apothecary, claims his son, poisoned to death this local hero.

As those who when drunk reveal secrets, this son of the Apothecary let out freely the evil they do in darkness against the very people who hosted them with good heart.

His friend, who all this while had suspected this, and never took in anything bought or given freely by the son of the Apothecary, though never drink in public, was a witness to this scene. Emotionally, as seen in caring seers, asked the friend: "how sure are you that your current predicament, one that's also taking away your family bit by bit, is not orchestrated by my kinsmen, amongst them who learnt of your evil deeds and either sought power from a powerful Deity or with a hand-dipped in concoction, doctored your food. Which is better, my kinsmen dying at younger age or you losing your senses and dying of mysterious deaths?"

The son of the Apothecary wept uncontrollably upon hearing this. His father who sowed the seed of evil was informed of the revelations of his evil deeds. The kinsmen, even amongst them who might have learnt of the secret and paid the evil family back, picked their armoury. They directed their path to the drugstore to lynch the remnants of the Apothecary's household who are even better dead than a hopeless living.

Right there, a lord, amongst the kinsmen, intervened.

Since he was away at the time the Apothecary struck the hornets' nest, he's comparable to the proverbial "stranger whose tongue brings together, rivals".

Without fear of what the Kinsmen will do to him, he stood in between them and their hated prey, with this Oracle:

"My fellow Kinsmen, the Apothecary and his family judging by their current situation, will die come what may. You own this land. Let not your actions spill devil's blood on it, one that would dent the history of this land. A land that once was a pilgrim's pride.

Let's join hands now and save those on the throes of death. Now we're armed with such revelations. Who knows the next amongst us to go.

It's possible to live sometimes defeating prophecies of impossibilities. My learning as a lord in my sojourn has given me cure to all ailments, one powerful than that of the Apothecary's. Those who are still living but paralysed by the poison of the Apothecary would be rekindled to action when my medicine is applied. Lastly, the family of the Apothecary, himself included, would be healed with my medicine, and they would live to witness a rebuilt Paradise in this once great kingdom with people rejuvenated in strength for action".

*INTERPRETATION:*
The kingdom with the kinsmen is Ghana. Once a pilgrim's pride, and now a pale shadow of her beautiful past, owing to the unknowns, subculture, defeat of Ghanaianism through lightgasing and self- hatred; we've imported, adopted, and adapted.

The Apothecary is the imported evils of polarised religious system. Christians see Muslims as devils, and vice versa. We see that in the preachings and the doings of the pastors and the imams. It's not oblivious to us. We know how our preachers preach divisiveness instead of unity, one that would be the common denominator upon which our growth would hinge. Unity, is replaced with doctrines that creates chasm in our front, leaving in its wake self-seeking captains of one ship that pushs-and-pulls left to derail on a journey that promises to end well, into a Paradise.

Not only the named religions, it's so with all the imported once. - Everyone says: my religion is the sacrosanct, not yours. Everyone claims the superiority of his or her religion above the other, blinding us to the real enemy we're to join hands and fight and defeat. The illiteracy level. Lost of morality, the near extinction of our traditions and culture. Hunger, lack of befitting accommodation. Our inability to negotiate for best trade practises, opening our abundant resource to exploitation, siphoning, and irrigation that turn arid lands into verdant, in Europe and America, and now Asia.

Where does that lead us? To the muddy field of divisive partisan polity of the country. One that though synchronized with ethnocentrism has become the devilish of all the Apothecary that is sinking our country Ghana.

Imagine Richard Quarshigah praising the ruling government, NPP, for approving a loan facility that paves the way for his Keta constituency to get a portable water, and his colleague sitting by him in the Parliament house seeing his words as damaging to the opposition party, NDC, and walk out of the chamber. No room for unity amongst people with a Commonwealth. Such had never been the dream of our forebears when they poured their blood as a sacrifice for the establishment of Great Ghana.

Why? It's a continuation of the old battle, the nemesis, old rivalry.

Not Ghana first, our political parties first. "They did same to us, we must pay them in their own coin. Who cares if Ghana suffers?"

Here comes the lord, the One Ghana Movement (1GhM). We hold the key to the warehouse in whose custody the rebuilding materials to salvage the sinking Ghana are stored. The medicine that cured the kinsmen and the household of the Apothecary is the magic wand that Ghana needs to thrust herself to her deserving status.

It's a collective thing. Unity for purpose. Ghana can be great again.

Join the One Ghana Movement now. What undergirds the vision and the mission of our movement is restoring Ghana to her greatness in line with the dictates of the NEW WORLD ORDER.