Coronavirus batters sporting fixtures, but Olympics show 'must go on'

By RFI with James Mulholland 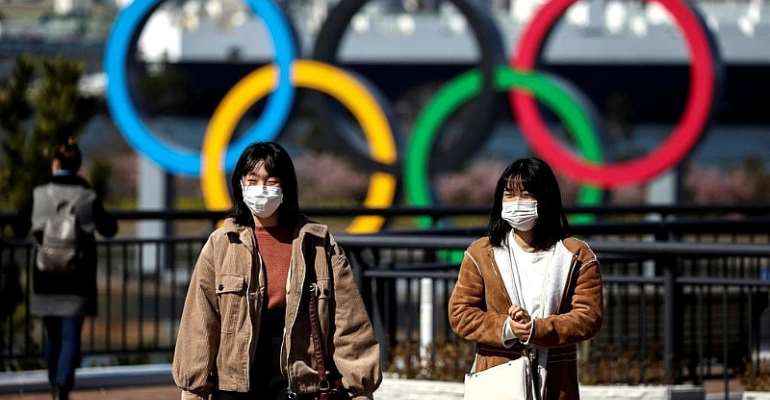 The coronavirus has taken a heavy toll on worldwide sporting calendars, from cancellations in Italy's top football league, to the Paris half-marathon and the UAE cycling tour. As the virus spreads, more events will be added to the list. But not the Tokyo Olympics, according to organisers.

The International Olympic Committee has confirmed that it remains set on holding the 2020 Games in Tokyo as scheduled, from 24 July.

The IOC "is fully committed to a successful Olympic Games in Tokyo starting July 24", Thomas Bach was quoted by Kyodo News as telling Japanese media.

Japan's Prime Minister Shinzo Abe is doing his best to back the IOC. On Saturday, he pledged another emergency package to tackle the coronavirus outbreak and appealed for cooperation, amid mounting criticism over drastic prevention measures in place.

His government has ramped up its response to the virus, which has infected some 240 people and caused 12 deaths.

The measures come as all matches in the top-flight J-League football have been delayed until mid-March, with Japan's home Davis Cup tie with Ecuador also cancelled.

The spread of Covid-19 has also hit the ancestral sport of sumo, with the popular spring tournament to be held without spectators.

On Sunday, only 200 people took part in the Tokyo marathon, reduced from a mass participation event of 38,000 runners to just elite athletes.

It wasn't the only international long-distance event affected on 1 March – in Paris, another 40,000 runners were left disappointed as the half-marathon was cancelled. The French government announced on Saturday that it was banning "gatherings of more than 5,000 people" in enclosed areas and some external events to prevent "intermingling with populations from areas affected by the virus".

Italy bearing the brunt
For the moment, France's top league football matches have not been affected, though there has been a ban on the customary pre-match handshakes, as is the case in England.

But the impact on sports in Europe has been hardest felt in Italy, which has the continent's highest number of cases, now at over 1,000, and 29 deaths.

Several top-flight domestic football matches have been cancelled and European fixtures held in closed off stadiums since the news of the first cases and deaths over a week ago.

Among five key matches to be rescheduled this weekend, the heavyweight clash between defending champions Juventus and Inter Milan, the capital of the worst hit region Lombardy.

In cycling, two Italian members of an outfit competing in the UAE Tour tested positive for coronavirus, resulting in the final two stages being axed and all cyclist, team staffers and reporters placed under quarantine in their Abu Dhabi hotels. They were subsequently cleared.

Time will tell
Italy's trip to Dublin for the Six Nations rugby championship is also off, with officials ordering the 7 March encounter to be rescheduled. Tournament officials are meeting in Paris on Monday to decide if the rest of next weekend's fixtures can go ahead.

The Alpine Skiing World Cup finals are to go ahead as scheduled, from 18-22 March at Cortina d'Ampezzo in Italy's Veneto region, the second-worst hit. But participants will be competing before empty slopes, with organisers closing the event to the public.

Even the World Anti-Doping Agency has called off its symposium, scheduled for 17-19 March in Lausanne, Switzerland.

But all these cancellations concern the immediate coming weeks on international and domestic sporting calendars. The turn of events during this timeframe will help present a clearer picture of the feasibility of Shinzo Abe and the IOC's pledges that the Tokyo Olympics will indeed go ahead unhindered in July.