A-Plus Should First Pay Off His Debts 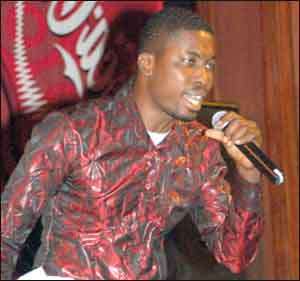 Mr. Kwame Asare Obeng, the Hiplife musician also known as A-Plus, is reported to be demanding to know, through his lawyer, the procurement process by which the Minister for Special Development Initiatives, Mrs. Hawa Koomson, purchased and distributed the 307 ambulances which the Akufo-Addo-led government of the New Patriotic Party (NPP) recently distributed to all 275 electoral districts or constituencies in the country (See “A-Plus Seeks Procurement Information on 307 Ambulances from Minister” DailyMailGh.com 2/23/20). According to the news report, Mr. Asare Obeng would also like to know the process by which these ambulances were insured prior to their distribution across the country. A-Plus’ lawyer, Nii Kpakpo Samoa Addo, is reportedly seeking information in reference to Section 40(2) of the Procurement Act, 2003, Act 663 under the Akufo-Addo-ratified Right-to-Information Law.

The preceding demand may be deemed to be perfectly legitimate and all well and good; but, of course, the fact of the matter, even as the public has just recently learned, is that Mr. Asare Obeng is himself not the kind of responsible Ghanaian citizen that he has haughtily made himself out to be, since falling out with the leaders of the ruling New Patriotic Party (NPP), over what at the time was publicly described as his greedy and inordinate attempt to milk the public contracts awarding system, by demanding to be awarded government contracts for which he was not professionally qualified, by some reliable accounts. It is therefore purely out of malice that Mr. Asare Obeng’s demand is being made. Most probably, the sole and overriding objective here is to embarrass the Akufo-Addo government and hope that Mr. Asare Obeng’s new allies or paymasters gain a fighting chance in the leadup to the 2020 general election. And to be certain, this young man has absolutely no right, whatsoever, to make a nuisance of himself at the expense of the government and the Ghanaian taxpayer.

Even more significantly, we are told that Mr. Asare Obeng has contracted a debt from one Mr. Richard Nana Amoako, which he is apparently adamantly refusing to pay off (See “A-Plus Sued Over failure to Pay for $3,000 [GHȻ 16,500] Fridge” Ghanaweb.com 2/23/20). On the latter score, it goes without saying that Mr. Asare Obeng needs to first put his own proverbial house in order before presuming to so cavalierly impugn the professional integrity of either Mrs. Hawa Koomson or President Addo Dankwa Akufo-Addo. We are also told that sometime in July 2019, A-Plus borrowed the sum of $3,000 (USD), worth GHȻ 16, 500, for the purchase of a “family hub refrigerator,” whatever this gadget may be. Anyway, since then, we are told, Mr. Asare Obeng and his family have been enjoying the use of the aforesaid refrigerator without any apparent intention of repaying the creditor for his generosity.

If the preceding story has any iota of validity, and we have absolutely no reason to doubt Mr. Richard Nana Amoako, the plaintiff, who, we are told, has already filed a lawsuit with the Tema District Magistrate’s Court, then what we may clearly have here is the veritable profile of a “confidence man” or a con-artist, a crook out to fleecing and scamming unsuspecting Ghanaian citizens, which is what Mr. Asare Obeng may be up to with the formation of his so-called The People’s Project (TPP) political pressure group. A-Plus publicly claims the objective of TPP to be about making government work better; but, of course, the reality of his apparent shenanigans may be telling a very different story altogether. A-Plus may not be entitled to any officially classified information the intent behind whose demand may very well not be about transparency in governance at all, but actually a diabolical attempt to seriously undermine an otherwise progressive and unprecedently dynamic and visionary Akufo-Addo-led government of the New Patriotic Party in the runup to the fiercely contested 2020 general election.

Indeed, if his intentions were that wholesome, or kosher, as he would have the general public believe, Mr. Asare Obeng could also have equally demanded to be availed of information pertaining to how the extant Mahama Health Minister, Mr. Alexander Segbefia, if memory serves yours truly accurately, procured the 600, or so, number of ambulances in the heated leadup to the 2016 general election, the overwhelming majority of which turned out to be lemons or hulking, engineless shells, for the sake of comparative analysis and democratic fair play. Indeed, it was not for absolutely no tangible reason that our elders counseled that: “Those who live in straw huts ought to be careful not to play with matchboxes and matchsticks.”