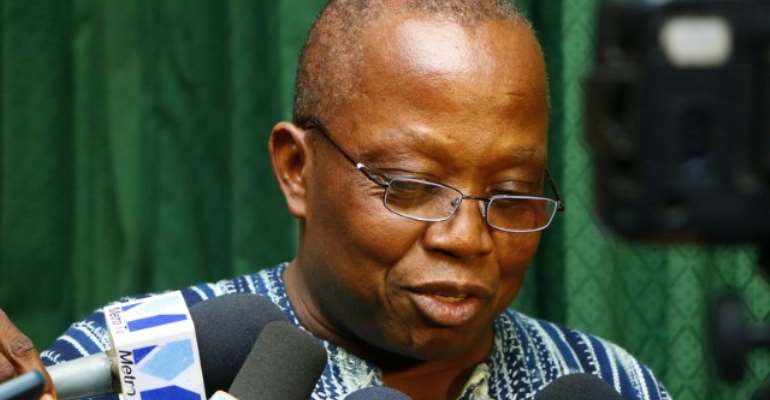 Yesterday, February 28, 2019, an article captioned, “I Don’t Care If I’m Fired; I'll Go And Work In My Father's Farm – Auditor-General,” caught my attention on ModernGhana news. I could clearly see the honesty in this man, Mr. Daniel Yaw Domelevo, yet facing obstacles in serving the nation.

He said something significant I will never forget, “Once you do good in society, society will not like you. Especially in our country Ghana, we have lived with the wrongdoing to the point where we have accepted it as a norm.” That's true.

The crime and corruption committed by politicians and elites that occupy high positions in Ghana, in the context of their profession or their public responsibilities, have increased rapidly since the country attained its independence over six decades ago.

Ghanaian political leaders will do everything to ruin the economy of the country, just for their own selfish gains, without taking its long term impact on the poor population into consideration. Ghana is deeply corrupt without a remedy because crime and lies are considered the norm.

The Ghanaian justice system does very little in the fight against organized crime, fraud, and corruption committed by top politicians and elites in the country, however, very active in delinquent crimes, which often leads to the imprisonment of goat and chicken thieves.

These white-collar criminals often evade the law, because they feel right to do so since no one holds them responsible for the crime they commit. I must say that there is something rotten at the heart of our rule of law in Ghana.

Sometimes, I wonder what people expect to read from me because I am not prepared to praise or recommend every politician in Ghana.

A reasonable question Ghanaians should have asked the current government is how can Ghana rank third on the world corruption list if Akufo Addo means to fight corruption as promised?

In this world, you can't get justice if you have no money and you lose all your friends if you speak the truth, therefore, I am not expecting anyone to like me for what I write.

Akufo Addo has created a nepotistic-dynasty form of government in the country. This is true, yet people who are not interested in the truth will attack you with false names. How do you expect Ghana to a successful country?

With the kind of resources in the country, including the discovery of oil, Ghana should have been a very great country politically and economically, instead, the country’s economy is getting worse each day amidst a severe unemployment crisis and poor medical facilities.

It's true that a greater percentage of Ghanaians now like lies than the truth and will even kill you for speaking the truth if they get the opportunity but not because of fear or the threat of death, we are not going to serve our nation in whatever we do.

Hate and jealousy can be very strong but not powerful enough to stop or kill someone who is determined to walk on the path of truth.

Mr. Domelevo, thanks for your great words which inspired me to write this article.