Mathematical modelling: a language that explains the real world

By Ashleigh Jane Hutchinson - The Conversation 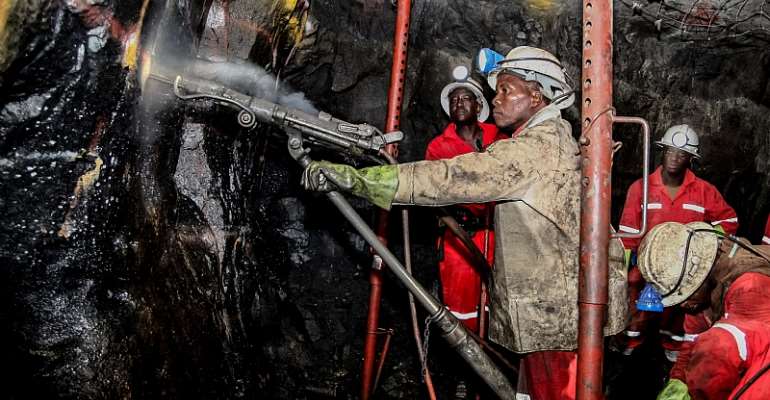 Mining is one of the industries that&#39;s helped by mathematical modelling: models can predict ceiling collapses and keep miners safe. - Source: Sunshine Seeds/Shutterstock/For editorial use only

The motion of all solid objects and fluids can be described using the unifying language of mathematics. Wind movement , turbulence in the oceans , the migration of butterflies in a big city: all these phenomena can be better understood using mathematics.

Imagine dropping a coin from a tall building. The simple, yet brilliant, result derived by Sir Isaac Newton – that the resultant force equals mass times acceleration – can be used to predict the position of the coin at any given time. The velocity at which the coin reaches the ground can also be calculated with ease. This is a prime example of a mathematical model that can be used to explain what we observe in reality.

Mathematics can be used to solve very complex problems – far more complicated than that of a coin falling under gravity. Industries are in no short supply of such problems. Mathematical techniques can explain how the world works and make it better. Mathematical modelling is capable of saving lives, assisting in policy and decision-making, and optimising economic growth. It can also be exploited to help understand the Universe and the conditions needed to sustain life.

My own work , for example, has involved developing mathematical models for use in industries such as sugar, mining and energy conservation. I've worked with researchers from different disciplines to understand the challenges that these industries face, and to help mitigate their effects. This research shows how, far from being simply an abstract area of knowledge, mathematics has many important and practical uses in the real world.

For instance, our research in the mining industry deals with roof collapse in underground mines. Such collapses pose a serious concern to the safety of miners, as well as the efficiency of mining operations. It's important to identify possible sections of a mine roof that may be prone to collapse. That's where mathematical modelling comes in: with further investigation and research, we can use it to predict roof collapses. Miners can be safely evacuated before something like this happens.

South Africa, where I conduct my research, had a record-low number of deaths due to mining related incidents in 2019. But even a single preventable death is unacceptable. Mathematical modelling can help to inform safety measures and keep the fatality rate down.

This work doesn't just benefit individual sugar producers. In South Africa, the sugar industry not only provides job opportunities, but surplus sugar is also exported . Getting as much of the end product as possible out of the raw materials contributes to the economy by increasing the amount of sugar exported to other countries.

One of the research projects I have been involved with focuses on a very hot topic in South Africa and elsewhere on the African continent: power supply.

A lack of power supply is not only a nuisance in domestic households, it has a fundamental effect on the economy . One of the relevant issues here is what to charge users. Tariffs, which are the price per unit of electricity, are based on numerous factors. High tariff price increases have led to households and businesses investing in renewable energy sources and removing themselves from the grid . Once this happens, less income is available to cross-subsidise the poor, who would otherwise not have access to electricity.

Mathematical modelling can be used to show – as we have done – that increasing tariff prices, which encourages consumers to invest in alternative energy supplies, will lead to exactly the situation described above, putting the country's state-owned power entity, Eskom, at risk.

This is an example of how mathematical modelling can play a valuable role in informing policy decisions.

Our research also highlights the importance of collaboration in tackling difficult problems in industry.

This is a crucial element of mathematical modelling: it unifies researchers from different academic backgrounds. Developing a mathematical model is really just the start of a research project. Predictions obtained from any mathematical model need to be studied by experts in order to verify whether the model is a valid and accurate representation of the real-world problem of interest. So for instance, our work on the power grid could be assessed by economists to test it against real-world figures, then applied by policy makers.

Ashleigh Jane Hutchinson received funding from the National Research Foundation, South Africa. She is affiliated with the University of the Witwatersrand and the CoE-MaSS, South Africa.

By Ashleigh Jane Hutchinson, Deputy Director of the DSI-NRF Centre of Excellence in Mathematical and Statistical Sciences and Senior Lecturer in the School of Computer Science and Applied Mathematics, University of the Witwatersrand