Driver’s Mate Of Trotro That Ran Over Police Officer Grabbed 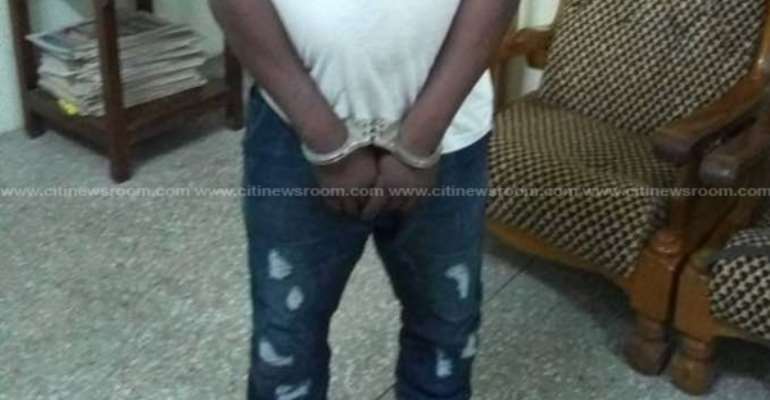 The driver’s mate in the commercial minibus (trotro) that ran over a police officer on Friday morning has been picked up.

The mate was arrested by some citizens who delivered him to police.

The police officer, Sergeant Moses Appiah, eventually died at the 37 Military Hospital after the incident which occurred around the Trinity Theological Seminary in Accra on the Bawaleshie road.

The trotro was being pursued by police after the driver, Bonsu Osei, was seen soliciting for passengers and was found to have engaged in unauthorised parking and obstruction of other road users at the Zongo junction.

According to a police communique sighted by Citi News, Sergeant Moses Appiah stood in front of the vehicle and ordered the driver to disembark.

But without any provocation, the driver ran his vehicle over the police officer in anger, according to police.

Sergeant Moses Appiah was dragged by the vehicle for about 54.50 metres leaving him with severe injuries that led to his death.

The suspect driver then fled the scene with his vehicle and then later abandoned the vehicle.

The vehicle has since been found and impounded by police.

Don't Expect Me To Accept Results Of A Flawed Election, I Wo...
33 minutes ago

If There's Any President And Gov't Who Is Sakawa, It's Maham...
41 minutes ago