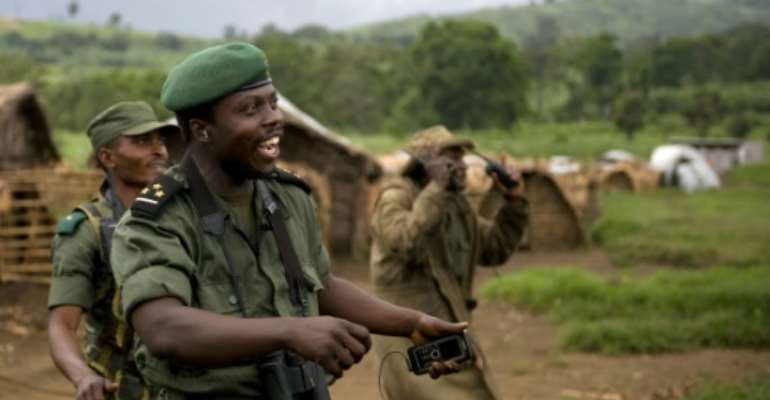 DR Congo's president has ordered a probe into the death of a disgraced general, who was under European Union sanctions for human rights violations committed during the previous regime.

Delphin Kahimbi, 50, the deputy chief of staff of military intelligence and a close associate of former president Joseph Kabila, died of a heart attack on Friday in hospital, his wife told AFP.

But rumours have abounded that he was killed or committed suicide.

In recent days, he was barred from foreign travel, stripped of his functions and questioned by the national security council, sources said.

President Felix Tshisekedi, who took over from Kabila, chaired a cabinet meeting on Friday and called for "an investigation to determine the exact circumstances of his death," according to a statement.

"All measures have been taken to determine the circumstances of this heavy loss," a military spokesman said in a video message, adding that the conclusions would then be made public.

Kahimbi, who was retained after Tshisekedi took over from Kabila last year, was accused of wiretapping officials, a military source told AFP.

A diplomatic source said he was also accused of spying on Tshisekedi.

A day before his death, the United States hailed Kahimbi's destitution.

Tshisekedi, a former opposition leader, rules the Democratic Republic of Congo in a coalition with Kabila's supporters who have a majority in parliament and in other state institutions.

However, several pro-Kabila figures have been given the boot or seen their powers considerably whittled.

Kahimbi wielded enormous power and influence during Kabila's long rule from 2001 to 2019.