For Guinean woman caught in political firestorm, fear and stigma 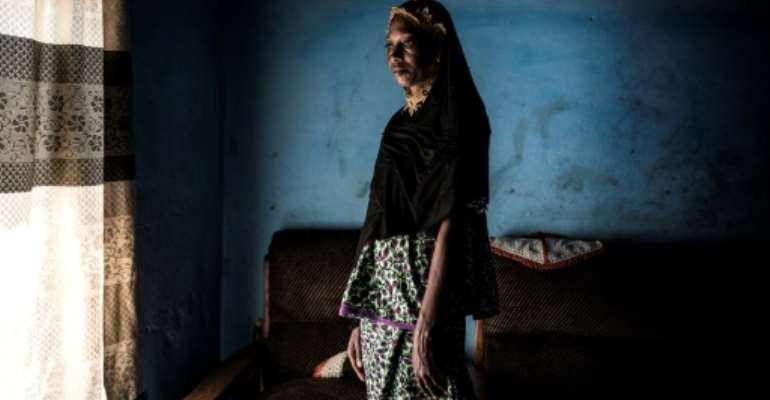 Caught in the middle: Fatoumata Bah, 27, found herself being used as a human shield by police against rock-throwing protestors. By JOHN WESSELS (AFP)

Fatamouta Bah wishes she could just move on.

In an incident that sparked a political firestorm in Guinea in January, police officers grabbed the 27-year-old mother of five and used her as a human shield against stone-throwing protesters.

A video of the event quickly went viral in the deeply polarised West African state, where supporters of the political opposition complain of routine police harassment.

At issue is Guinea's referendum on changing the constitution on Sunday.

The prospect has triggered months of sometimes-violent protests over fears that President Alpha Conde plans to use the new constitution to remain in office for a third term.

At least 30 protesters and one gendarme have been killed in the unrest since mid-October.

On Wednesday, January 29, Bah found herself in the middle of it all -- an ordeal that she says inflicted pain and trauma which endure today.

She lives in Wanindara, a suburb of the capital Conakry and opposition stronghold. It has seen some of the worst of the violence.

Sitting in her small and stiflingly-hot living room, Bah, thin and upright, said she felt stigmatised. She and her children are recognised everywhere.

"This barbaric act has gnawed at my heart since the day it happened," she said, speaking in her native Fulani, also called Peul.

"I don't work any more and I no longer leave home... I'm afraid this will endanger my children's future".

A market trader by profession, Bah told AFP she had been going to see a friend when police officers stopped her.

They refused to release her on the grounds that children from Wanindara were protesters, then used her as a shield against youngsters throwing stones.

The video -- which AFP did not independently verify but which has not been denied -- shows Bah placed in front of four helmeted police men, facing the protesters.

After an exchange of stones and anti-riot projectiles, the police suddenly fall back. A police officer grabs Bah under his arm and after a few metres (yards) appears to be dragging her along the ground.

Bah, clad in a beautiful green dress and a black headress with gold trim, said she still had not recovered from her injuries.

But the scale of the furore in Guinea, and further afield, prompted a rare reprimand of the security forces.

The country's security minister and social action minister also tried to contact Bah, according to her district representative, Abou Bangoura.

But Bah has little faith in the police, pointing out that people have been killed in Wanindara since the video went viral.

"They're going to strike and kill as long as there's injustice. That's not going to change," she said.

There have already been allegations of a reprisal attack by security forces. Part of a house near where the video was taken was burned, and rocks thrown through the windows.

Aisha Diallo, who rents the house, said she spotted members of the security forces during the attack and that her husband had submitted a complaint.

AFP was unable to reach the security ministry for comment about the alleged reprisal attack. 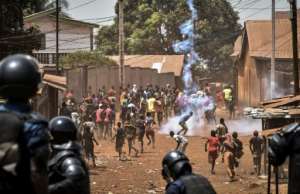 Police and protesters clashed in Wanindara on Thursday in the runup to the referendum. By CELLOU BINANI (AFP)

"I think they are going to exact vengeance on Wanindara, because the whole world saw (the video)," Bah said.

First on her mind, however, is her children. Enraged by her treatment, her children attend anti-government protests despite pleas from their mother to stay home.

"All they think about is going out to face the people who brutalised me," Bah said, adding that she did not want to lose them.

"It's a page of my life that I want to turn now, to live a normal life again".