Vulnerable continent: Africa and the coronavirus 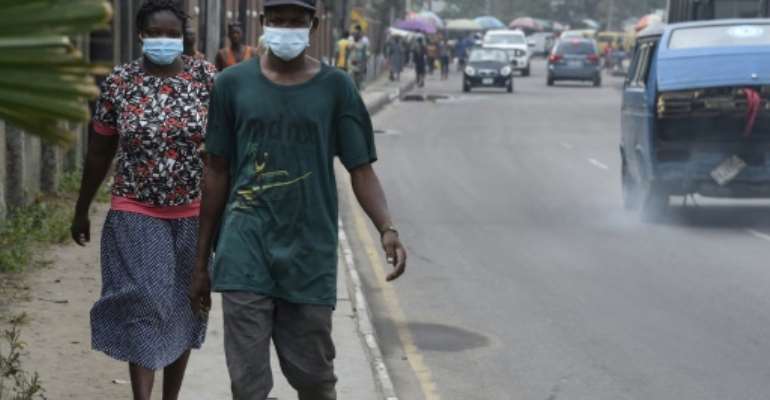 The first detected case of coronavirus in Africa highlights the vulnerability of the world's poorest continent to outbreaks of contagious diseases.

Much of Africa struggles with conflicts, poor health infrastructure, crowded cities with inadequate sanitation, rickety governance and porous borders -- all of which provide excellent opportunities for the microbe to spread, experts say.

Last weekend, World Health Organization (WHO) chief Tedros Adhanom Ghebreyesus pleaded with African Union states "to come together to be more aggressive in attacking" the virus. 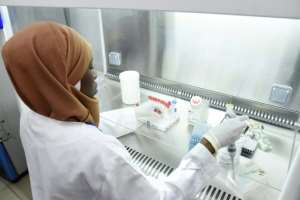 A secure lab at the Pasteur Institute in Dakar, one of the most prestigious research facilities in Africa. By Seyllou (AFP)

"Our biggest concern continues to be the potential for COVID-19 to spread in countries with weaker health systems," said Tedros, referring to the virus by its official name.

The first case south of the Sahara was announced on Friday in Nigeria's mega-city of Lagos. Two previous cases in Africa were detected in Egypt and Algeria.

A 2016 analysis by the Rand Corporation, a US thinktank, found that of the 25 countries in the world that are most vulnerable to infectious outbreaks, 22 are in Africa -- the others are Afghanistan, Yemen and Haiti.

"Though we have seen modern diseases rapidly transmitted all over the world through interconnected travel, it is these vulnerable states with porous borders and weak or conflict-affected neighbors that face the greatest risks and potential health challenges."

Past epidemics in Africa -- from malaria and HIV to drug-resistant TB and Ebola -- have already triggered loud warnings about the continent's problems in health care. 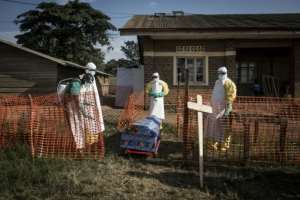 Medical workers disinfect the coffin of an Ebola victim in Beni, eastern DR Congo. Even though an Ebola vaccine is available, conflict is hampering the region's 18-month epidemic, making it harder to trace and isolate patients. By John WESSELS (AFP)

They range from public awareness and disease screening to lack of doctors, nurses, drugs and hospital beds -- and the heightened risks for people already weak from malnourishment or a damaged immune system.

Trudie Lang, director of the Global Health Network at Oxford University, said a major concern was that the virus, despite its relatively low mortality rate, could "overwhelm health-care provision" in African countries.

This would have a cascade effect, affecting care for Africa's many other health problems, she told Britain's Science Media Centre (SMC).

There is "real fear that health systems become swamped and unable to manage their ongoing health care, thereby presenting an even greater threat than the virus," she noted.

In a study of anti-coronavirus preparedness in Africa on February 19, The Lancet medical journal said that overall, countries had strengthened their shield.

But some countries "remain ill-equipped," notably on surveillance and rapid identification of suspected cases, patient isolation and contact tracing, it said. 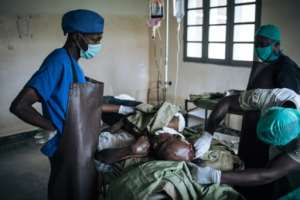 Hospitals in many African countries struggle with poor equipment and lack of trained staff. By ALEXIS HUGUET (AFP)

South of the Sahara, only South Africa won high marks for preparedness, while Nigeria, Ethiopia, Sudan, Angola, Tanzania, Ghana and Kenya would all need support, it said.

In early February, just South Africa and Senegal among sub-Saharan countries had existing lab facilities to test people for the coronavirus, although the WHO thereafter supplied equipment to some 40 countries.

The Africa Centres for Disease Control and Prevention (Africa CDC), a coordination body set up by the AU, established an anti-coronavirus task force on February 5.

Its main task is to provide African countries with training on lab diagnosis, surveillance, screening and safe transportation of suspected cases.