Akufo-Addo Has Failed; Flush Him Out — Mahama Tell Ghanaians 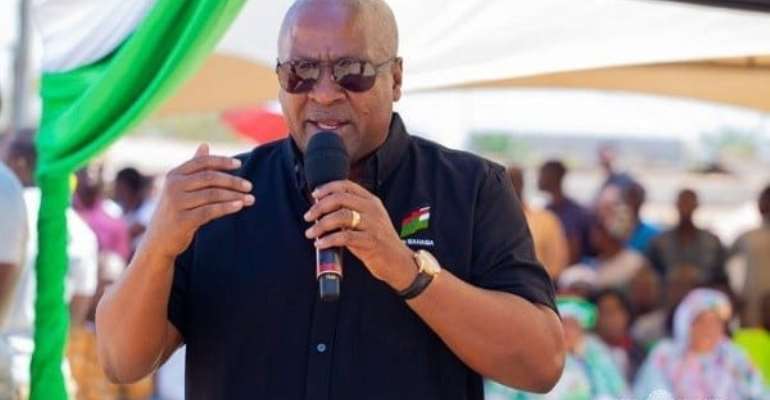 He is asking Ghanaians to vote him out in the 2020 general elections.

According to him, President Akufo-Addo has failed Ghanaians and does not deserve another 4-year term.

He is of the view that the President has not lived up to expectations within the last three years.

“Don’t expect anything better than what they’ve done. The onus lies on you to vote with your conscience in this year’s election,” Mr. Mahama told the chiefs and people of the Asutifi South Constituency of the Ahafo Region during his Speakout tour.

He continued, “God created darkness for a reason so that we can all see the benefits of light. Today we’ve seen the importance of light. All the promises of the NPP in 2016 have turned out to be a sham.” John Mahama added that: “ [the NPP] were thinking four years will never come. In fact, they cannot do anything meaningful beyond what they’ve done.

“The NPP’s ship is sinking fast, and nothing can save it. Akufo-Addo has failed Ghanaians and will be rejected in 2020."

He says it is obvious President Akufo-Addo’s fight against illegal mining is in a final state of “glaring” defeat.