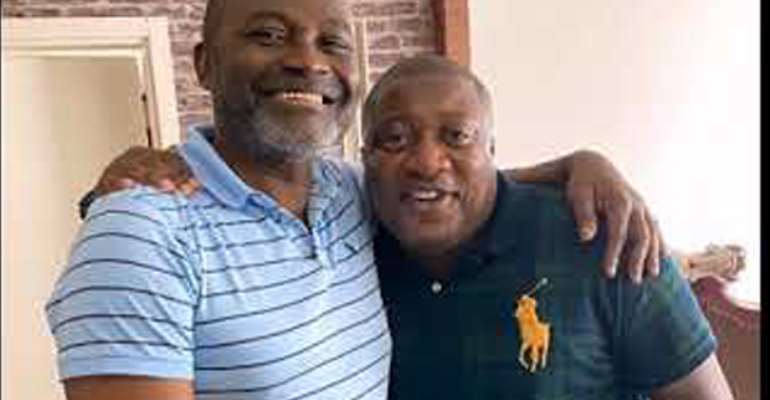 Kennedy Agyapong, MP and Nana B

The National Youth Organiser of the ruling New Patriotic Party (NPP), Henry Nana Boakye, aka Nana B, has denied his involvement in any illegal small-scale mining activity (galamsey).

Responding to a statement from his counterpart in the NDC, George Opare Addo, the NPP youth leader said it was mischievous for the opposition to link him to galamsey activities.

“Let me state without a shred of equivocation that I have never ever been involved in galamsey as sheepishly alleged by the NDC National Youth Organiser,” Nana B fired back, saying the false accusation was based on comments made by the Member of Parliament (MP) for Assin North, Kennedy Agyapong, who claimed Nana B is a galamsey kingpin.

“I have engaged and explained things to Hon. Kennedy Agyapong with ample evidence to establish that I have absolutely nothing to do with the galamsey issues raised by him… the MP has consequently amended his earlier position about my good self relative to the galamsey brouhaha after crosschecking the evidence I presented to him.”

Nana B, therefore, described the statement by the NDC national youth organiser as “absurd” and “shallow”, indicating that their plan of waging such vicious media war would not deter him about his effort to lead the NPP youth to another election victory.

“I understand that my condemnation of the irresponsible and reckless comments made by former President Mahama to the effect that there would be chaos in the country if the EC fails to listen to the NDC and go ahead to compile a new voters' register has devastated the NDC for which they have sworn to get back at me. So they find this as an opportunity to do so,” Nana B said.

“I can assure them that no amount of character assassination, vilification and insults will demoralise me from demanding responsible and statesman-like disposition from Mahama and other elements within the NDC,” he added.