IMANI: Fighting the Good Fight Means You Can’t Pause to Catch Your Breath 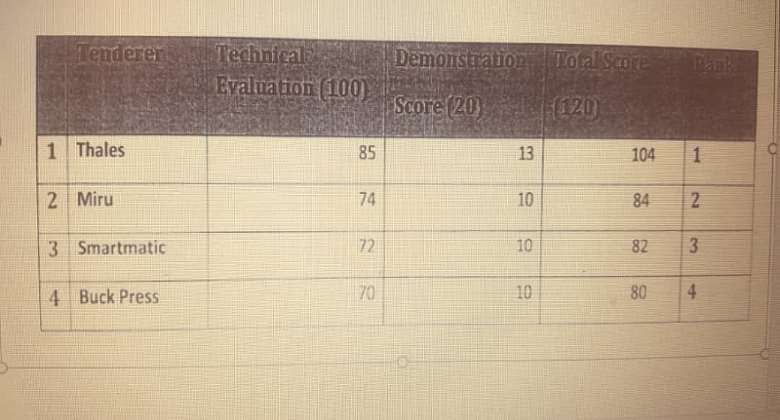 Please check the tallying of individual scores in the image above before reading...

Since 2004, when IMANI was formed, to date, we have made it our mission to use research-based advocacy to compel public officials and institutions to do right by Ghanaians.

In any society where the population really want to see progress, the sheer number of times IMANI has been proven right and the sheer length of time it has been doing this work with consistency would have sealed its reputation for fairness, public interest and dedication.

But in this our beloved Ghana, some kind of “Stockholm Syndrome” has infected large sections of the population. Many Ghanaians seem to love and cherish the politicians and state actors taking food from their mouths and damaging their future than those who dare to stand up to them.

People are more motivated to abuse public policy activists piling pressure on state actors and public institutions to do the right thing than they are about exercising their rights as citizens to demand accountability. They will do anything but throw their weight behind those who have jumped into the arena and with their meagre resources are fighting the people’s corner.

So now we have IMPUNITY. Complete and abject impunity. The public officials are now more brazen than ever. They know that the work of really holding them accountable requires time, skills, energy and courage. In every society, these are in short supply. Investing these resources effectively for change requires consolidation, concentration and coordination. In short, it requires *organisation*. But in a society where people simply cannot band together to support those who have dedicated their lives to this type of work, civic organisations would be weak, porous and hopeless.

They know that if the IMANIs of this world start, they will flame out at some point. Just keep wearing them down with a scandal every week and soon they will run out of resources and be forced to fold their arms and sulk. Right now, there are a number of issues many of our followers believe we should be speaking to including developments in the upstream oil and gas sector. But IMANI is busy with UNIPASS and Electoral Commission (EC). Meanwhile, the EC isn’t going to rein itself in. It will keep “releasing” more mind boggling decisions, daring IMANI to keep up. You can’t even pause to drink water. This is how IMPUNITY becomes a culture.

Impunity has taken hold when public officials don’t even have to bother with the finesse. We have taken on major state institutions over the years on procurement abuse and tender-rigging. The fingerprints of impunity are always all over the documents. Sometimes to the point where they will simply stack up numbers regardless of whether they make arithmetic sense. When you confront them they will shamelessly wave it away as “transpositional errors”. Yet, these institutions have boards on which are sat supposedly eminent persons in this society.

This wasn’t meant to be a manuscript, so let’s wrap up with a little present for readers: a nice little example of the sloppy arithmetic of IMPUNITY.

The table above (same as image at the beginning of this short write up) is the final technical evaluation results of the latest EC tender for a new biometric voter management system (BVMS). A brazenly abusive process that we have chronicled here: https://imaniafrica.org/2020/02/24/imani-the-dangerous-games-of-the-electoral-commission/

Dear reader, what do you see? Yes, it is exactly that. The company on whose behalf the tender was being manipulated is the only one whose score tally doesn’t add up. The EC insists that you must accept that 85 + 13 = 104. Yes, because IT CAN. If you think you know mathematics and so don’t agree, go and burn the sea.