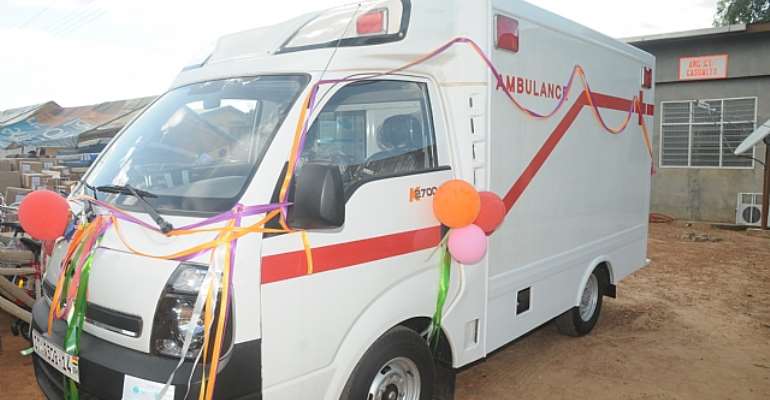 Gyataba rural ambulance is expected to be launched at an exhibition organized by the Kwame Nkrumah University of Science and Technology (KNUST) in Kumasi.

At the fair, Gyataba tricycle Rural Ambulance and 6 seater tricycle Taxi assembling by Desert Lion international company in Kumasi will be launched to curb rural mortality death menace in the country.

The fair slated 3rd to 5th March is aimed at portraying Ghanaian technology advances in areas of Agriculture, business, education, socio-economic development among others.

Desert Lion international company is a producer of quality Cocoa inputs products for the sub-region. It is also the main hub of assembling Agric mechanical machines in the country.

The pace of decline in maternal mortality has been slow and this led to Ghana’s inability to achieve the Millenium Development Goal target of 190 per 100,000 live births in 2015 despite high concerns raised.

The maternal mortality ratio remains high and requires strenuous efforts if Ghana has to achieve the sustainable development goal target of 70 per 100,000 live births in 2030.

Several other factors have been implicated as major contributory factors to maternal deaths in Ghana including deteriorated roads in most rural communities which hinder the transport of patients and pregnant woman to nearby hospitals.

Mr. Kwame Tweneboa-Kodua the chief executive of Desert Lion Speaking in an interview ahead of the launching says the manufacturing of the Gyataba Rural Ambulance will go a long way to reduce the rural mortality death rate.

The rural Gyataba Ambulance will be sent across all regions especially where roads are most deplorable and lacks access to national Ambulances.

He said, places, where patience and pregnant women are carried on motorbikes to the health center because of highly deteriorated roads, has significantly increased mortality death in the country.

The new rural try-cycle Ambulance has one bed and two other nurses and assistance seats and air condition.

According to him, the Gyataba try cycle Ambulance has come to complement government national ambulances in rural communities where it can not reach.

He mentioned that the move will go along way to scheme government decisions to maintain good health and to provide a swift mechanism to safe lives.

Your Petition Is Opportunistic, Populist; We’re Already Prob...
13 minutes ago