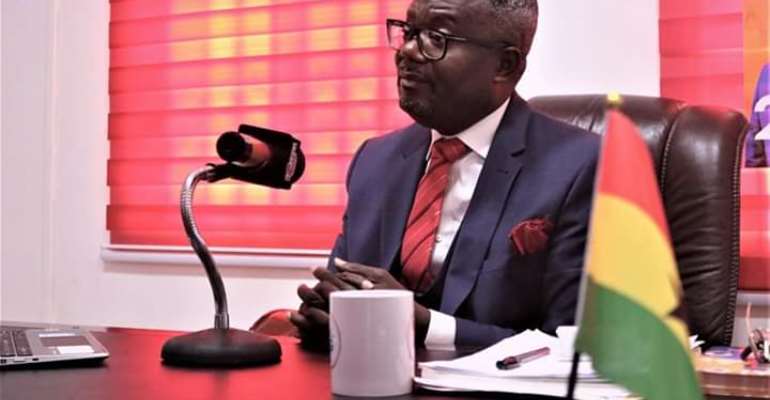 The Founder and leader of the Liberal Party of Ghana (LPG), Percival Kofi Akpaloo, has fired former President John Dramani Mahama once again saying he cannot lead the opposition National Democratic Congress (NDC) to win the 2020 presidential election because he has not changed from his old ways of doing things.

He mentioned that the NDC single-handedly destroyed Ghana and therefore it will be a crime to bring them back to power to destroy Ghana further.

“Only a clinically troubled or mentally unhinged political scam-artist could so brazenly insult the intelligence of the Ghanaian electorate in the manner done by former President John Dramani Mahama.”

“From his moral turpitude to gross opulence and calculated maligning and treachery, and lack of vision, he’s hoping to return and in his own voice ‘teach people lessons,” Percival Kofi Akpaloo told Kwaku Dawuro on ‘Pae Mu Ka’ on Accra-based Kingdom FM 107.7

He added “Just look at where he was driving this country to. God being so kind to us, He rescued us and brought the New Patriotic Party (NPP) to power. So, if we’ve come out of that situation under Mahama, why do we have to go back? He [Mahama] is incompetent and his administration was characterized by incompetence”.

”While some of us really appreciate discerning Ghanaians genuine apprehension over Mahama’s desperate attempt to reclaim the presidency, the NDC loyalists, unfortunately, seem oblivious to the dire consequences of Mahama returning to the Jubilee House.”

The firebrand politician warned that it would be suicidal for the country to even consider returning the NDC to power in 2020.

Kofi Akpaloo says the National Democratic Congress (NDC) led by John Dramani Mahama lacks the vision and competence to be given the mandate to run the affairs of a serious country like Ghana.