...The Country's Industrial Drive Given Wide-Ranging Analysis In New Report 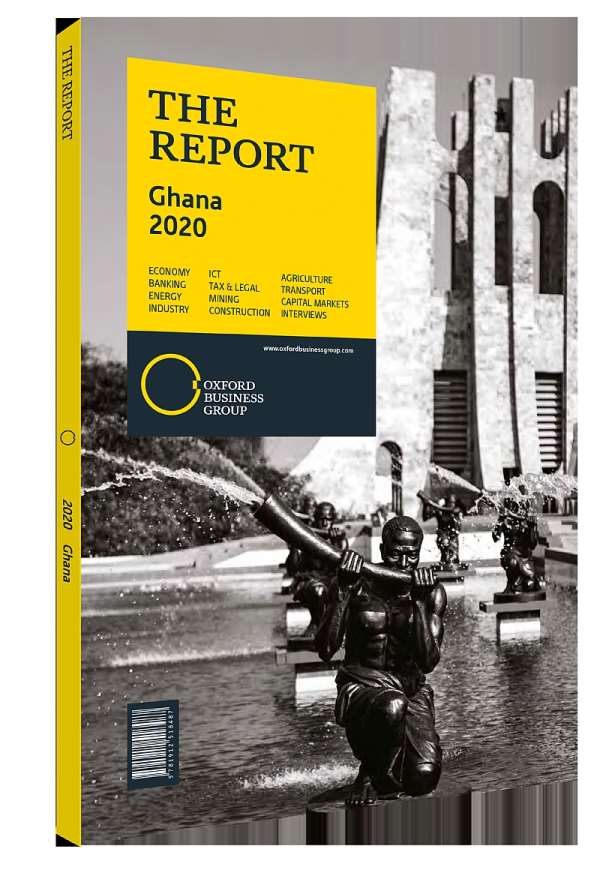 Ghana’s efforts to put its economy on a more sustainable path by introducing a raft of wide-ranging reforms across the banking sector are mapped out in a new report by the global research and advisory firm Oxford Business Group (OBG).

The Report: Ghana 2020 charts the role that the country’s three Eurobond offerings played as part of a broader, ongoing drive to stabilise the cedi and boost foreign exchange reserves.

It also tracks the progress made in reducing the deficit, which fell to 4.2% of GDP in 2019, on the back of measures brought in to improve fiscal discipline and restore macroeconomic stability.

The extractive industries play a crucial role in Ghana’s economy, with gold and crude oil its top exports in value. OBG examines the positive impact that 1.5-bn barrels of newly discovered oil is expected to have on the economy, adding to reserves estimated at 660m barrels in 2018.

It also explores the development underway in the mining and quarrying sector, which contributed $4.2bn to the economy in 2018, up 13.3% year-on-year, buoyed by higher commodity prices, growing global demand and support from the government.

In separate coverage, OBG considers the digital drive underway in Ghana, as the mobile money market gains momentum and more public services move online. One of the chapter’s highlights is a roundtable, in which industry leaders share their thoughts on a range of topical issues related to ICT.

The Report: Ghana 2020 contains a viewpoint by President Nana Akufo-Addo, together with a detailed sector-by-sector guide for investors.

Commenting ahead of the launch, Editor-in-Chief Oliver Cornock said OBG’s report showed that as Ghana’s rich resource base and diversification efforts to date had helped it to become one of the fastest-expanding economies in Africa, efforts to ensure the benefits of future growth are felt more widely were gaining pace.

“Ghana’s economy grew by an estimated 7.5% in 2019, driven largely by double-digit expansion in oil and gas GDP,” he said. “The introduction of several targeted programmes aimed at increasing local industrial capacity and boosting agricultural value added, reflects the growing role that industry and services are playing in this strategically important regional market.”

Souhir Mzali, the Group’s Regional Editor for Africa, added that Ghana was also well placed to take advantage of the Africa Continental Free Trade Area (AfCFTA) as it advances, having moved earlier than some other countries in the region to upgrade and extend its port infrastructure.

“Hopes are high for the part that the AfCFTA will play in accelerating regional integration and intra-continental trade, even though there are many challenges that need addressing ahead of its implementation,” she said. “As a key player in the region and host nation of the secretariat, Ghana can expect to be at the forefront of the drive to develop the world’s largest trade area.”

The Report: Ghana 2020 marks the culmination of almost nine months of field research by a team of analysts from Oxford Business Group. The publication assesses trends and developments across the economy, including those in macroeconomics, infrastructure, banking and others.

The Report: Ghana 2020 has been produced with the Ghana Investment Promotion Centre and the Association of Ghana Industries. Contributions have also been made by Temple Investments, PwC and B&P Associates. It is available online and in print.

Oxford Business Group (OBG) is a global research and advisory company with a presence in over 30 countries, from Africa, the Middle East and Asia to the Americas. A distinctive and respected provider of on-the-ground intelligence on the world’s fastest growing markets for sound investment opportunities and business decisions.