Why You Sinned Isn’t Necessary Now! Just Return To God 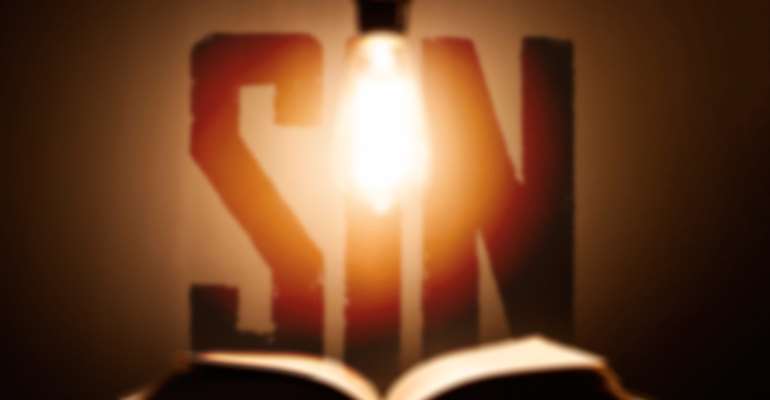 I was curious to know the plan of Zeiza as we enter lent, and as if he was to beat me, this was his reply“The season of lent is too archaic and must be relegated to the background. It belongs to those old men and women. We’re tired of being sympathized with and pitied. We’re tired of being told that we are sinners. And above all we’re tired of the word repent. Every corner of our streets are pastors telling us to repent. What at all have we done that someone hasn’t done before. Ah! Yabr3mo!”

Dear sister dear brother, Zeiza’s reply sounds strange and awful to your ears just as it did when I stood right before him while he spoke. He is right, we want to become gods and we don’t expect that someone tells us our weaknesses. We can all be justified like the chief judge in the case of Adam and Eve. For in their case, the chief judge had told them nothing was going to happen to them should they eat of the forbidden tree. In our case, in this world where everyone is a judge only to himself, we can imagine the number of forbidden we have taken. After all we are individual professors of right and all we see is right everywhere.

In the garden of Eden when Adam and Eve were faced with difficulties regarding the understanding of the command given by God, a professor came to their aid. The serpent simplified the seemingly “theory of forbiddeness” to humankind hence, what was forbidden became desirable. Many a time, there surface professors who help justify what ordinarily is wrong and make them right. When our intuitions will be right in pointing something greater to us, our seemingly clever minds seem to justify why we can do that thing. Be sure that the serpent that deceived them is still alive either in you or in the other person. It is waiting to simplify the theory of the forbidden for you and once she is done, it will surely look desirable. You will eat it like Adam and Eve did eat it when it was their turn. But for how long do we want to be enslaved by our own will for freedom? Till when are we going to set ourselves free from doing what is wrong and stick to our original goal-living in the freedom of love? There is good news for all of us! Is not coming from God so that you get angry. It’s coming from me, your own kind who is striving among other difficulties to live in Love.

The truth is that we hate to pity our own selves. Not when we make wrong choices that land us somewhere we never dreamt of that make us happy. We hate to be the laughing stocks for others. We want people to count us among those making it in life. What do we do when we realize we made a wrong move? We quit wherever we have reached in the journey and start all over again. There is a 100% turn we all take at one point in our lives. We mostly regret with deep pain whenever we realize that those we thought were professors helped us land somewhere else in life. Must we continue to allow friends help us do what is wrong?

Two guys are paddies. One of them was skeptical about a move he got to do. But his friend explained to him why he needed to make that move. He said, even Joewy did what you’re finding difficulties in doing. My dear friend, there are times in your life that people are going to help you do what is wrong. But before they can do that they first like the serpent have to confute the truth and establish a “false truth.” When they are successful, sin simplify becomes desirable. But let us be realistic here. Is sin desirable?

Sin before can be made edible like fruit must be garnished with a lot of spices. The serpent in the Genesis account on how humanity fell first brought in an antithesis to make nonsense out of the thesis of God-“you shall die if you eat of that fruit…” with “he is a liar…” My dear friends, unless we make the truth lies and make lies truth no one will desire it. Sin is sin, and no matter the amount of “makeup” applied it will still remain sin.

The world has recorded an athlete who got a fracture while running and the other person who must win by running, did something that till now amazes me. He held the other man who was injured and both ran to the finishing line. This is remarkable and has something to teach you and me. We may fall as many times as we breathe in but there is that waiting arm ready to lift us up. This is what Catholics preach during the 40 days of prayer and fasting-Lent. God is always ready to give us comfort. Let’s not be comfortable living in sin for in a world like ours, it will be difficult for you to realize where you’re now unless grace fishes you out. Let us not lose our identity to sin. We were born free, no need for those chains any longer. Return to God in humility.

Do not explain why you have to sin!
Sin must not be simplified!
God bless you!
From the pen of Emmanuel Graham Nyameke.