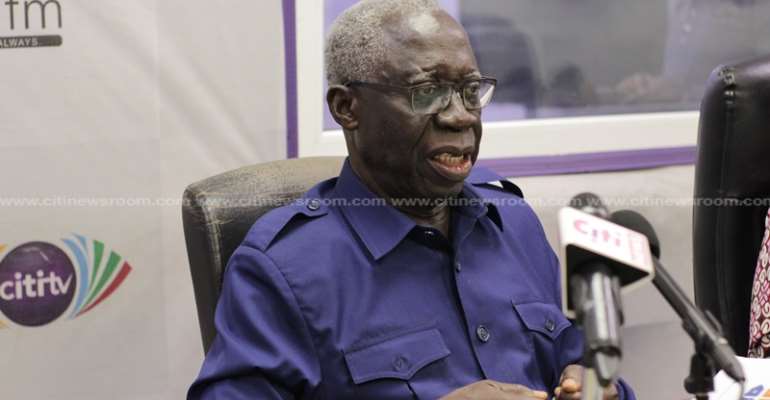 The Senior Minister, Yaw Osafo Maafo, has assured of government’s commitment not to overspend in this election year.

Mr. Osafo Maafo, under whose tenure as Finance Minister in the 2004 election year saw a budget deficit of 2.18 percent, says he, together with the Minister of Finance, will ensure that the government does not finance any unplanned item.

The Minister of Finance, Ken Ofori Atta, during the 2020 budget statement started the assurances that the government will stay within its budget.

Speaking at the World Economic Forum in Davos, Switzerland, in January 2020, President Nana Akufo-Addo also said the government will be guided by the Fiscal Responsibility Act in this regard.

In his assurance, the Senior Minister said: “the President will accept that if [the Finance Minister] and myself go to one position, he wouldn't oppose it. He will make sure that, the right thing is done and that Ghana sets an even better example for this election year than ever before.”

“I am so determined that we can do this for the sake of posterity. When you overspend and create that kind of bad book, the efforts you have to make to correct those is too much and therefore you should not make such mistakes to enable the poor suffer just because you are going to be austere,” he added.

The Senior Minister was speaking at the 2020 Africa Impact Forum by the Africa Leadership Initiative on the theme, “Building to last, leadership versus systems.”

Role of the Fiscal Responsibility Act

One of the measures the state has put in place to control spending is the Fiscal Responsibility Act, which was passed in 2019 as Ghana exited an International Monetary Fund programme.

The Act prevents the managers of the economy from overrunning its budget by 5 percent.

Despite these measures, observers have cast doubts on the government’s commitment not to overspend.

The Economist Intelligence Unit, for example, has predicted that the government will struggle to lower its expenditure this year.

In the last election year, in 2016, Ghana's budget deficit target was 5.3 percent but the deficit eventually recorded was 7.8 percent.

Anyone who will speak against the National Cathedral will di...
16 minutes ago