Mali: 'Line in the sand' over talks with jihadists 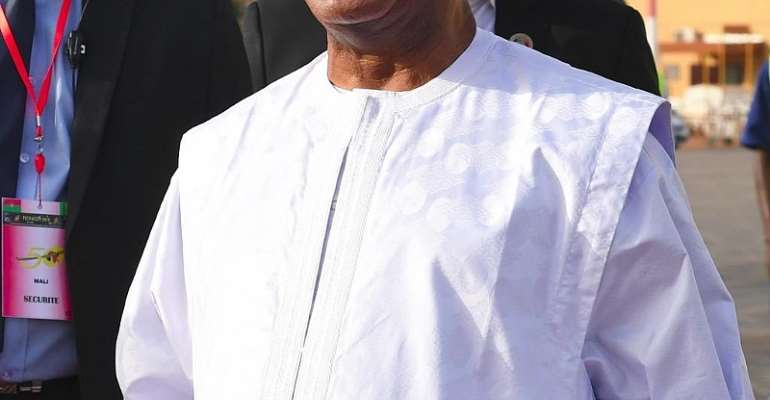 Mali's government has certain “red lines” in its negotiations with jihadists, the country's ambassador told France's senate during a hearing on Wednesday. Mali President Ibrahim Boubacar Keita had earlier this month confirmed that contact had been established with jihadi groups with the aim of ending conflict in the Sahel country.

“It's clear that there are red lines,” said Toumani Djime Diallo, Mali's ambassador to France, outlining issues that the Malian authorities would not budge on including sharia law, the territorial integrity of Mali and the equality of women.

“It's simply to make use of all the possibilities that there are,” said Diallo, explaining that the negotiations with the jihadists came about following recommendations during a process of national dialogue. “The president had always been opposed to that,” added the ambassador during the senate hearing with ambassadors of the G5 Sahel countries

“All the same, if we find a solution in an agreement, those who have blood on their hands will be dealt with, that's how it finished in Algeria,” said Diallo, appearing to refer to the Islamist insurgency in the north African country during the 1990s.

Mali President Ibrahim Boubacar Keita confirmed earlier this month that communication with jihadi groups had been established with the aim of bringing about an end to eight years of war.

It raises the possibility of dialogue with the Group to Support Islam and Muslims (GSIM) of Iyad ag Ghali, an armed militant group allied to Al-Qaeda. The Malian president was also not clear whether it could mean talks with the Islamic State in the Greater Sahara group which the French government has recently designated as a “priority enemy”.