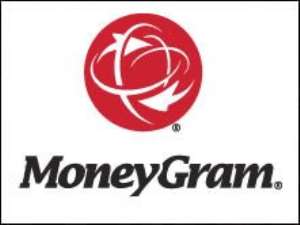 Migration is a perennial phenomenon in sub-Saharan Africa but the causes and impact of the large exodus of Africans from their domicile to other countries are varied across the region.

In a recent OECD report that examined the motivation for migration in six West African countries, it was revealed that economic factors, low levels of trust in Governments and local security institutions are the leading causes of migration.

In the case of Nigeria, the most populous country on the African continent, about 50% of the country’s population are motivated to migrate - a desire that is partly influenced by the limited opportunities in the country and the ability to imagine a better life in another country. Conversely, in Eastern Africa, political instability, mainly as a result of conflicts is the push factor for migration.

In 2016, the United Nations High Commissioner (UNHCR) for Refugees reported that the refugee crisis in South Sudan was the fastest growing in the world with Uganda, another East African country registering the highest number of refugees – about 68% of this population was from South Sudan and the remaining percentage was shared between Democratic Republic of Congo, Burundi, Somalia, and Rwanda.

The population of refugees in Uganda increased from 477,200 at the end of 2015 to 940,800 at the end of 2016 – in the Global Trends report (UNHCR) of 2018, Uganda was ranked third, on a list of five countries that hosted the largest number of refugees in the world, receiving 1.2 million refugees. Out of the top five countries that constitute two-thirds (67%) of the world’s refugee population, two countries in East Africa: South Sudan and Somalia placed third and fifth, representing a refugee population of 2.3 million and almost 1 million, respectively.

In the analysis of the Pew Research Center, countries in Sub-Saharan Africa account for 8 of the 10 fastest growing international migrant population since 2010 – between 2010 and 2017, the population of migrants from sub-Saharan Africa, worldwide, grew by 31%, almost twice the size of the World’s 17% average increase within the same period.

Poor economic conditions and insecurity are the main push factors that elucidate the general willingness to migrate for most people in sub-Saharan Africa. In the Poverty and Shared Prosperity report of the World Bank in 2018, the number of people living in extreme poverty in Sub-Saharan Africa grew from about 278 million in 1990 to 413 million in 2015, with a poverty rate of 41%. This value is comparatively higher than the average poverty rate for other regions, which was reported to be less than 13% in 2015.

Out of the World’s twenty- eight (28) poorest countries, twenty-seven (27) of these countries are in Sub-Saharan Africa – all of these countries have at least, 30% poverty rates. Extreme poverty is increasingly becoming Sub-Saharan Africa’s predicament as there seems to be no end in sight for the deplorable economic conditions that have plagued the region for many decades - a condition that is partly attributed to countries in the region’s over-reliance on the extractive industry, which has comparatively less impact in increasing the income and consumption levels of the poor.

To mitigate the severity of poverty levels in Sub-Saharan Africa, Governments and relevant stakeholders should focus more on other alternatives such as migrant remittances, specifically maximizing the positive impact of remittances and making it less costly. The frequent financial support received from family members in the Diaspora has a positive impact on income levels and also serves as a lifeline for the poor in Sub-Saharan Africa. Apart from the monetary gains, several studies including recent research published by Cogent Economics & Finance (Taylor & Francis) conclude that migrant remittances have a positive effect on human development outcomes across diverse areas such as education and health in Sub-Saharan Africa.

With positive spillover effects from the expenditures and investments made by remittance-receiving households, which impacts income and consumption levels in large communities, migrant remittances have proven to be countercyclical as compared to other monetary flows – in Sub-Saharan Africa, cross-border macroeconomic evidence depicted in contemporary research shows that remittances aid in reducing poverty levels as the flows augment the consumption and income levels of poor remittance-receiving households in the region. In a related study, published in volume 50 (2013) of the World Development (Elsevier), the findings show that the receipt of remittances greatly reduces the likelihood of household poverty and also increases investment in Ghana.

Analysis by the Pew Research Center indicates that one-in-four migrants from Sub-Saharan Africa live in Europe and the United States – the recent economic growth in these places have helped Africans send more remittances to the area. Nigeria has received more than 50% of all remittances sent to the region since 2009 – despite an emigrant population of 1.3 million, a population smaller than that of Somalia and South Sudan which have an immigrant population of 2 million and 1.8 million, respectively. Nigeria, Ghana, Senegal, Kenya, Zimbabwe, South Africa, Uganda, Mali, and Togo received the largest share of remittances in 2018.

Migrant remittances to the African continent has been a relatively stable source of external finance, compared with Foreign Direct Investment (FDI), Official Development Assistance (ODA) and net private inflows, according to a study published in volume 22, issue 1 of the African Development Review (Wiley) – similarly, Official aid to Sub-Saharan African has fluctuated from year to year with Foreign Direct Investment showing similar features but remittances to the sub-Saharan has been comparatively less volatile.

Revelations in a report published by PricewaterhouseCoopers indicates that close to 30% of remittances received in Ghana are used for investment and construction of houses. Similarly, in other countries in Sub-Saharan Africa, remittances serve as a reliable source of funding for entrepreneurs and promote entrepreneurship as business ideas developed overseas are implemented in the region.

Household surveys by the African Migration Project in Nigeria, Senegal, Burkina Faso, Kenya, and Uganda shows that a significant percentage of remittances are spent on productive investments in land, farming and investment in small and medium-sized enterprises – households that receive international remittances from OECD countries make productive investments in land, farm improvements, agricultural equipment, businesses, etc. Out of the total international remittances sent from Organization for Economic Co-operation and Development (OECD) countries to countries in Sub-Saharan Africa: 57% in Nigeria, 55% in Kenya, 36% in Burkina Faso, 20% in Uganda and 15% in Senegal were invested in land, farm improvement, agricultural equipment, and businesses. Comparatively, households that received transfers from other African countries invested fewer amounts in land, farm improvement, agricultural equipment business and other investments: 47% in Kenya, 40% in Nigeria, 19.3% in Uganda and 19.0% in Burkina Faso.

Unfortunately, access to credit for agriculture is extremely difficult especially for the poor - migrant remittances have been a reliable source of funding for agriculture in the region, giving smallholder farmers the financial capacity to invest in their agribusinesses. Although small and medium-sized enterprises account for a large percentage of businesses, constituting a greater share of the private sector in Sub-Saharan Africa, limited sources of funding have been a major drawback, particularly for poor households who are considered to be highly risky by credit lending institutions partly because of lack of adequate collateral.