NASA says goodbye to woman who reached for the stars 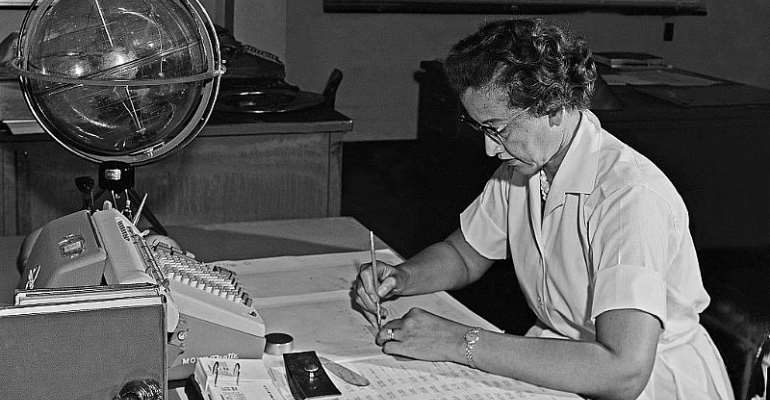 Katherine Johnson, a ground-breaking black NASA mathematician whose work contributed to the moon landing in 1969 died this week aged 101. The space agency lauded her legacy of excellence that broke down racial and social barriers.

"She was an American hero and her pioneering legacy will never be forgotten," NASA Administrator Jim Bridenstine said on Tuesday, honoring "her courage and the milestones we could not have reached without her."

"Ms Johnson helped our nation enlarge the frontiers of space even as she made huge strides that also opened doors for women and people of color," Bridenstine said in a statement.

The youngest of four children, Katherine Johnson was born on 26 August 1918 in White Sulphur Springs, West Virginia, and passed away on 24 February in Newport News, Virginia.

Segregation in America Johnson grew up in West Virginia at a time when education opportunities for blacks were limited because of segregation.

Her mother, a former teacher, and her father, a farmer and handyman, moved the family to a town that had a high school for black children, where Johnson excelled in maths and French.

She was one of the first black students in the graduate school at West Virginia University in 1938.

After teaching school for seven years, Johnson went to work for the National Advisory Committee for Aeronautics, a forerunner of NASA.

Human computers Johnson and her colleagues were known as “computers” when that term was used not for a programmed electronic device but for a person who did computations - using pens, paper and a slide rule.

Johnson went on to calculate the parameters of the suborbital 1961 flight of astronaut Alan Shepard, the first American in space.

Along with colleagues, she plotted John Glenn's course when he became the first American to orbit the Earth in 1962.

Before embarking on the mission, Glenn asked that Johnson personally re-check the computer-produced figures on a mechanical calculating machine -- a task that took one and a half days of intense work.

Calculations for Moon Mission Her math talents later helped determine the trajectory of the Apollo 11 flight that landed Neil Armstrong and Buzz Aldrin on the Moon in July 1969.

She said she was most proud of her contributions to the first moon mission, which included the calculations that synched the lunar lander craft and the orbiting command module.

The Oscar-nominated film Hidden Figures, based on a book written by Margot Lee Shetterly recounted Johnson's career and also told the stories of fellow pioneers Dorothy Vaughan and Mary Jackson, and the key role they played in the Space Race.

It shows how the black women employees worked within the constraints of segragation, using a separate office, dining and bathroom facilities.

Despite this, Johnson, who retired from NASA in 1986, remembers NASA as a very professional organization.

Presidential Medal of Freedom "They didn't have time to be concerned about what color I was."

Johnson and her first husband, James Goble, who died in 1956, had three daughters. She married Lieutenant Colonel James Johnson in 1959.

US president Barack Obama presented Johnson with the Presidential Medal of Freedom, the highest civilian honor in the country, in 2015.

In August 2018 the West Virginia State established a scholarship in her name and erected a statue in her honour.