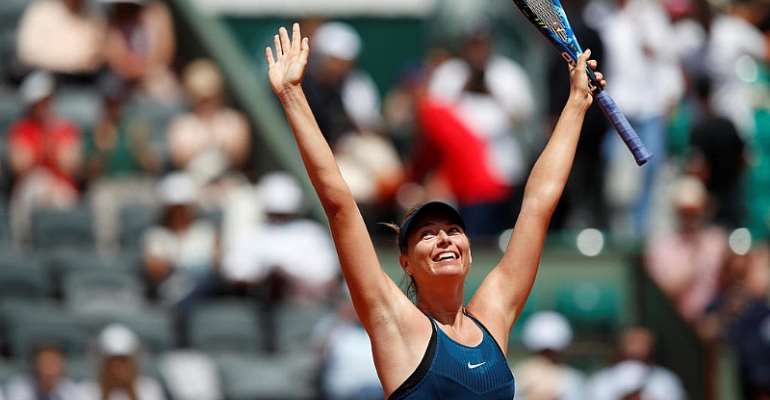 Former world number one Maria Sharapova announced her retirement from tennis on Wednesday.

In a personal essay on vanityfair.com, the 32-year-old recounted her life in tennis from her first trip at the age of four to a court in Sochi in her native Russia to her maiden Grand Slam singles title at Wimbledon just over 13 years later in 2004.

"When I first started playing, the girls on the other side of the net were always older, taller, and stronger," she recalled.

"The tennis greats I watched on TV seemed untouchable and out of reach. But little by little, with every day of practice on the court, this almost mythical world became more and more real."

Triumph
A year after claiming Wimbledon, she became the first Russian woman to reach world number one. She would be queen of the circuit on another four occasions over the next seven years.

However despite the multi-million dollar modelling contracts and endorsements the flow of Grand Slam titles did not materialise.

The Williams sisters, Venus and especially Serena racked up the major titles.

Sharapova won the 2006 US Open as well as the 2008 Australian Open. When she won the 2012 French Open, she joined a select band of players including Serena Williams, Steffi Graf and Margaret Court to have won at each of the four Grand Slam venues. She also added the 2014 French Open to her trophy cabinet.

Desire
"Throughout my career, Is it worth it? was never even a question - in the end, it always was," said Sharapova. "My mental fortitude has always been my strongest weapon. Even if my opponent was physically stronger, more confident - even just plain better I did, persevere."

There were 31 other trophies over the years in which she drew crowds and controversy.

She was banned for 15 months between 2016 and 2017 for taking the prohibited substance meldonium. She returned to the circuit and was offered wildcards - invitations - for tournaments to the chagrin of other players.

But despite the yearning to return to championship glory, shoulder injuries stunted her progress.

Ranked outside the top 300, she was awarded a wildcard to the 2020 Australian Open.

She lost in the first round to Donna Vekic. It was a defeat that plunged her further down the world rankings and towards the next step of her life.