Take Your Fight To GETFund, Not Me – Domelevo To Dep. Agric Minister 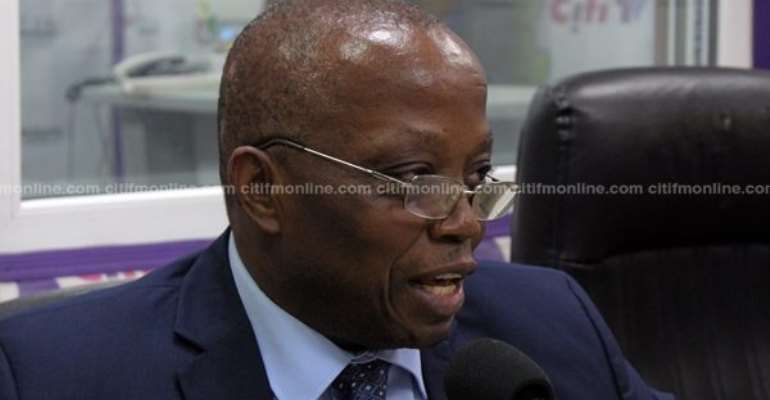 The Auditor-General, Daniel Domelevo, has asked the Deputy Minister of Agriculture, Kennedy Osei Nyarko, that his outfit is not responsible for the list of beneficiaries of the Ghana Education Trust Fund (GETFund) captured in its performance audit report.

Mr. Domelevo instead urged Mr. Nyarko to take up any grievances he had with GETFund.

The Akim Swedru legislator on Monday threatened to sue the Auditor-General if he did not retract his name from the list of beneficiariess of the GETFund scholarship.

He claimed he never benefitted from a GETFund scholarship to study abroad.

He noted in a letter to the legislator that “every information or name that is contained in the performance audit report on GETFund came from GETFund, the audited entity.”

Mr. Domelevo also said his office had “no malice or bias towards any individuals named as a beneficiary from GETFund in our audit report.” 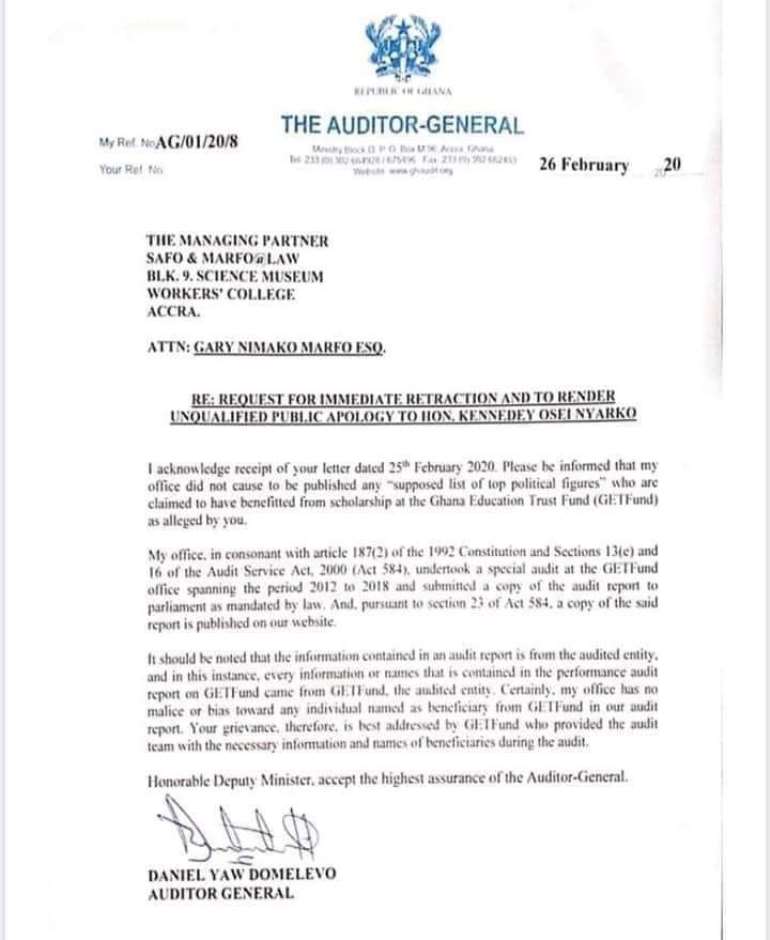 What the report said

The performance audit report said the GETFund Secretariat “breached the object of the fund and administered the scholarship themselves.”

According to the GETFund's Annual Reports from 2012 to 2018, the secretariat spent GHS425,698,937 on scholarships on 3,112 beneficiaries out of which 2,217 persons were unlawfully granted scholarships to study abroad.