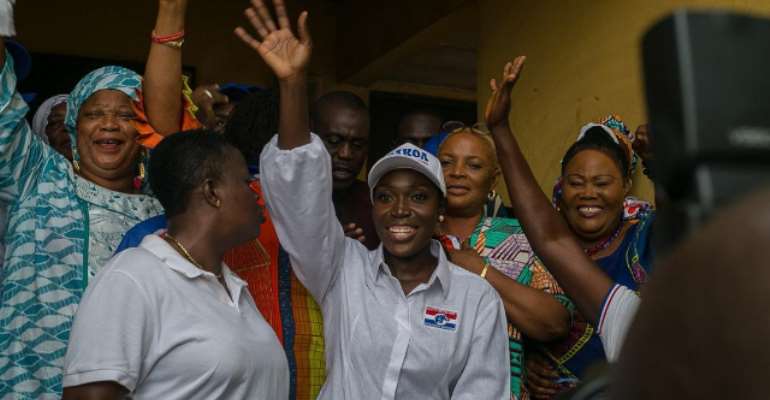 Some 57 parliamentary aspirants of the New Patriotic Party (NPP) filed their nomination forms at the close of nominations on Thursday, February 20, to contest in 20 constituencies of the Greater Accra Region.

Surprisingly, the incumbent Member of Parliament (MP) for Anyaa- Sowutuom constituency, Mrs Shirley Ayorkor Botchwey, who doubles as the Minister of Foreign Affairs and Regional Integration, will not seek re-election at the party's primaries on April 25. 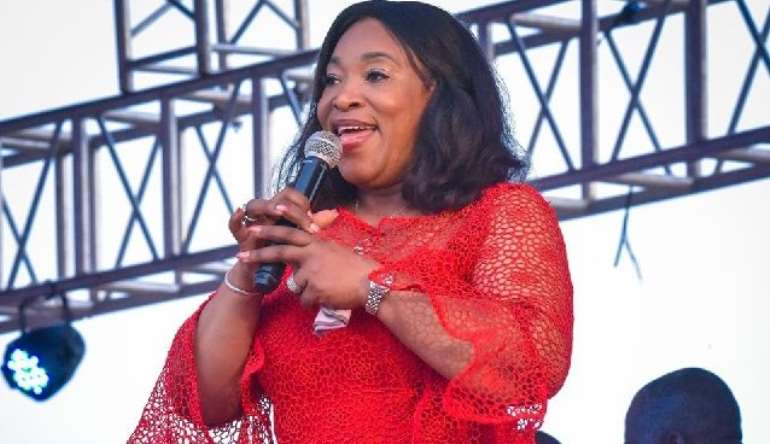 Mr Daniel Parker Odartai France, the Regional Secretary of the NPP, who announced the Minister’s decision in a statement signed and issued in Accra, said there are 13 females and 44 males in the race to contest on the ticket of the party in the Region.

The 57 aspirants will be contesting at the party's primaries which will be held nationwide on April 25, to win a slot to contest in the December 7 general elections.

Dakoa Newman, a new entrant will be seeking to remove current Member of Parliament for Okaikoi South , Ahmed Arthur.

The incumbent Members of Parliament going unopposed in their respective constituencies are Patrick Yaw Boamah of Okaikwei Central, Henry Quartey of Ayawaso Central and Alhaji Abu-Bakar Saddique of Madina.

Adentan, Anyaa-Sowutuom, and Bortianor-Ngleshie-Amanfrom constituencies have the highest number of contestants with five each, followed by Ablekuma North and Tema Central with four contestants each respectively.

In Bortianor-Ngleshie-Amanfrom Constituency, the incumbent MP Alhaji Habib Saad is slugging it out with four other aspirants, including Sylvester Matthew Tetteh, George Addo Osei Waree and Gifty Mensah.

At Anyaa-Sowutuom Constituency, Dr Emmanuel Lamptey, Emmanuel Tobin, Edna Sackey, Dr Adomako Kissi and Nana Ama Asafo Boakye will face off in a tough contest following the voluntary withdrawal from the race of the incumbent MP.

Yaw Buaben Asamoa, the NPP Director of Communications and incumbent MP for Adentan Constituency will not have the slot on a silver platter, as he comes against four other opponents, including Emmanuel Kwesi Mantey, Freda Agyemang Sarpong, Adam Abdul Razak and Rahman Zak in an expected gruelling contest in Adentan.

It will be a nail-biting contest at Dome Kwabenya as Adwoa Safo, the incumbent MP, who doubles as the Deputy Majority Leader and Minister of State for Public Procurement at the Presidency battle it out with the son of the Speaker of Parliament, Dr Mike Oquaye Junior, who is Ghana's Ambassador to India.

Madam Tina Naa Ayele Mensah, the reigning MP for Weija-Gbawe and a Deputy Minister of Health, will have aches against two of her male opponents, as Frederick Quainoo and Patrick Ampong Baidoo have laced their boots to wrest the ticket for Weija-Gbawe.

Delegates at the Ablekuma West Constituency are anticipating a crunch contest as Mrs Ursula Owusu-Ekuful, the incumbent MP and the Minister of Communication will be contesting Kan Dapaah Junior, the son of the Minister of National Security.

Okaikwei North will have a fascinating contest as Fuseini Issah, the incumbent MP faces off with Ken Kuranchie for the sole ticket to represent his constituents in Parliament, while Ahmed Arthur, the current MP for Okaikwei South battle it out with Darkoa Newman and Nana Fredua Agyemang Ofori Atta.

Madam Elizabeth Afoley Quaye, the Minister of Fisheries and Aquaculture Development and the incumbent MP for Krowor will not have it easy against two of her opponents-Emmanuel Odai and Eric Nii Ayikoi Okine.