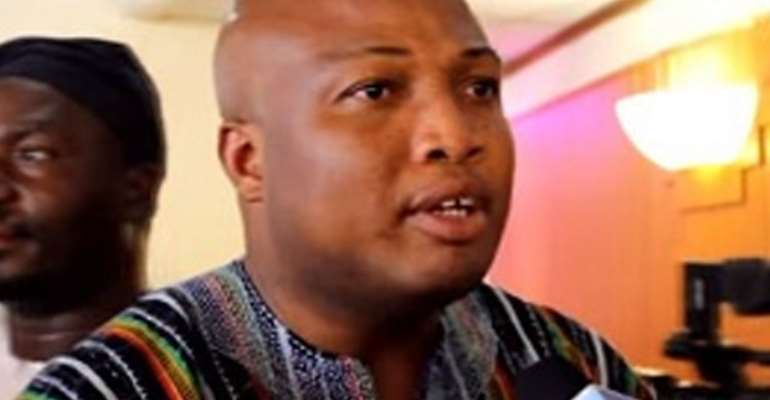 The claims by opposition National Democratic Congress (NDC) Member of Parliament (MP) Samuel Okudzeto Ablakwa that he was not privy to GETFund scholarship deals at the time he served as Deputy Minister of Education have been challenged.

DAILY GUIDE has gathered that Mr. Ablakwa was very active in GETFund scholarship deals as a minister when the NDC government was in political office.

Reports even suggested that the NDC MP was so influential that he could 'by-pass' GETFund officials and 'personally' secure scholarship deals with foreign universities for GETFund.

There is currently a memorandum of understanding (MoU) between GETFund and Lovely Professional University (LPU) of India, with Mr. Ablakwa as a signatory for GETFund.

The controversial MoU, signed on March 16, 2016, was mainly intended to help secure scholarship deals for Ghanaian students to study in India and also provide support for Ghanaian schools.

It further explained that GETFund was the apex body of education in Ghana, which regulated, expanded and developed institutions under the higher education system in Ghana.

It said both GETFund and the LPU had recognised that they had many interests in common and so their co-operation would benefit the two parties.

“GETFund, Ghana has tied up with LPU to provide access to quality education to the students of Ghana,” the MoU, which had Dr. Monica Gulati, the Registrar of LPU, also as a signatory, indicated.

“GETFund intends to further work with LPU, which has already made a significant contribution in the area of higher education in India to guide and mentor universities/colleges and such other organisations,” the MoU added.

The document has come out at a time when Mr. Ablakwa has publicly denied having knowledge of GETFund scholarship activities when he was a deputy minister of education.

There have been heated debates in the media lately when it emerged that some MPs and government officials in both the NDC and the NPP have benefitted from GETFund scholarships.

Even there is a name Mercy Ablakwa, believed to be Mr. Ablakwa's relative, in the documents of GETFund, indicating that she also benefitted from GETFund scholarship in 2010.

According to an award letter purportedly signed by the GETFund administrator, Sam Garba, on August 12, 2010, the said Mercy Ablakwa was given a total of $33,400 to pursue BSc Nursing at University of Charleston in the United States.

The breakdown was that $16,032 was for academic scholarship and $17,366 was for living allowance and passage.