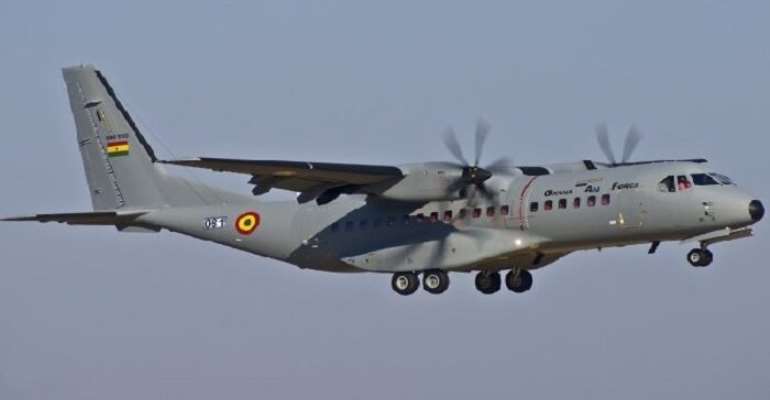 Former government officials under whose watch the Airbus scandal occurred in the interest of probity and accountability must present themselves for questioning instead of remaining silent or indifferent to the scandal.

Mr. Godfred Yebuah Dame, a Deputy Attorney General (AG) and Deputy Minister of Justice said while government has called for investigations into the Airbus scandal, ex-government officials, on the other hand, ought to answer questions by embarking on what he termed as “self-reporting” to institutions set to investigate the issue.

According to Mr. Dame, “there was a Vice President, Ministers, the Attorney General who took part in the transaction of the aircraft and all those people need to answer to questions surrounding the aircraft purchase.”

The deputy AG was speaking at the opening of a two weeks training programme on “Promotion of Rule of Law and Judiciary in Africa” for 100 lawyers selected across the country.

He said: “One would have expected those key government officials to do self-reporting and voluntarily cooperate with the investigations directed by Nana addo Dankwa Akuffo Addo”.

In England, it is the openness, transparency , self-reporting and voluntarily cooperation shown by other key actors in the Airbus scandal abroad which motivated the Serious Fraud office there to execute the Deferred Prosecution Agreement (DPA) with Airbus SE also known as Airbus Scandal.

Mr Dame noted that in spite clear and uncontroverted facts of the Airbus case, key government officials who negotiated the illicitly procured aircraft for the country, have maintained “utter silence as if there was no such transaction or the principal actors do not exist.

He said there are lots of lessons that needed to be drawn from the United Kingdom Court which heard the Airbus scandal which involved 26 countries including Ghana.

He cited the introduction of a new mechanism of Deferred Prosecution Agreement (DPA) by the UK Crime and Courts Act, 2013 as one of such lessons.

“The effect of such an agreement is that proceedings are instituted by preferring a bill of indictment.

Same may be deferred on terms including the payment of financial penalty, compensation, payment to charity and disagreement of profit. There is also a compliance programme, cooperation with investigation and payment of costs,” he explained.

According to him “in the interest of raking up substantial revenue for the national kitty and public interest, a reform of the traditional approach to the punishment of criminal conduct through the introduction of DPA for certain classes of offence under the circumstances in which the court maintain complete control over same, may be considered.”

That, he said, would not only contribute to the decongestion of Ghana's prisons but would result in speedier and more efficient adjudication of complex commercial crimes and would have further collateral benefits for the state, save jobs and lives of companies.

On corruption, Mr. Dame said if the practice was nib in the bud, the aspiration of making the country a haven for business and commercial dispute Resolution would be futile.

He said the true extent of damage caused by corruption lies not in the number of bribes paid or wrong contracts awarded or terminated, but in the misallocation of resources, the distortions created by discretionary incentives and the violation of human rights.

“Corruption has a deleterious effect on fundamental human rights and aggravates the poverty of the people. As lawyers you should be active in the eradication of corrupt practices” he added.

Mr. Dame noted that increasingly, corruption and corrupt practices are assuming an international character, adding that fraud, cybercrime and money laundering, among others have become transnational and that underscored the need for lawyers to sharpen their practice to combat challenges arising from those crime.

Mr. Tony Forson, President of the GBA underscored the need for all to embrace the use of Information, Communication and Technology in their endeavors.

Clara Schier, Team leader and Legal Advisor of GIZ, said the programme dubbed “promotion of Rule of Law and Judiciary in African commenced from 2018 to 2021.

According to her, the programme among others, aims at providing continuous legal education for lawyers as well as to enhance networking in the legal profession in various specialized areas of study.