Spotlight -A New Book To Watch Hot On Amazon: -The Power Of Apology -The Bridge To Forgiveness 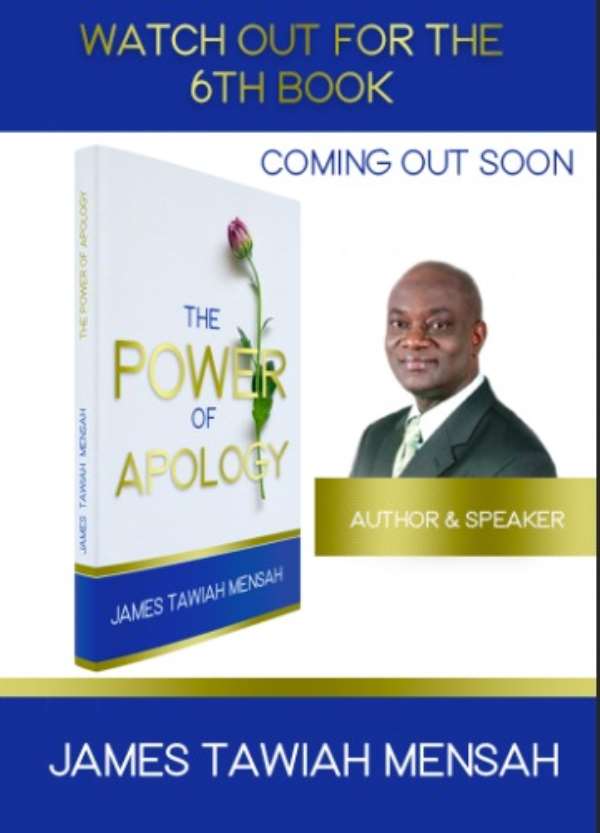 3G Media Spotlights a new book to change lives; "THE POWER OF APOLOGY - THE BRIDGE TO FORGIVENESS" hot on Amazon by a Ghanaian Author & Speaker; James Tawiah Mensah, an Electrical Engineer.

As human as we are, we will not escape the squabbles that are associated with our relationships. There is no way we will be able to avoid them. They will come and, come in different ways and forms. At the workplace, our homes, churches and anywhere human beings are gathered. These petty issues and more serious ones will continue to plague man until the last exits this earth. So, an apology is crucial.

An apology is imperative in our human discourse, most especially our time now where little issues have become breeding grounds for seeds of discord and dysfunction. For example, the sharp disagreement between Paul and Barnabas, which escalated to a hot argument and culminated in parting ways with each other (Acts 15:36-40).

Even men with this high spiritual caliber had differences. Why not us: you and me? We would be able to curb these tensions if we would realize we’re humans and therefore not perfect. That we will hurt each other through our actions and words. We might even ill-treat others without being aware of it.

These are hard facts that cannot be denied. If we could quickly accept responsibility when we are prompted for the infraction we might cause the other party, little moles will not morph to huge mountains we cannot contain. Even God, whose love is so big enough to contain any sin, would want man to confess his sins before he is forgiven. In other words, man is required to own up to his infractions and apologize. By this way, we keep the peace needed among us.

A Known Fact About the Author and Speaker

James Tawiah Mensah, an Electrical Engineering Technician by profession, and a Minister by calling is a past Level 3 student of the Global University’s Berean School of the Bible. He is the Superintendent of the Sunday School Department, Ebenezer Assembly of God Church, Bronx, New York, USA. James T. Mensah is also a recipient of the Billie Davies Award for Excellence in Christian Education (By Discipleship Ministry of the General Council of the Assembly of God, USA) for achieving a high standard of teaching excellence for the year 2009. Teaching the Word of God uncompromisingly is his ministry. Originally from Ghana, he now resides in New York City. He is married with children.