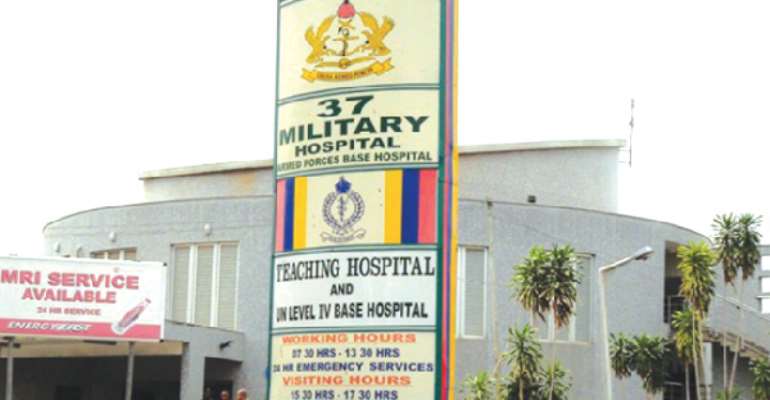 The Ghana Armed Force says it is investigating a viral video in which a complainant made several allegations against some members of staff of the 37 Military Hospital.

“The Ghana Armed Forces wishes to inform the general public and especially patrons of the hospital that preliminary investigations have already commenced into the matter, with the view of ascertaining the full facts. Based on the outcome of the investigations, the Hospital management would take the requisite action in line with its rules and regulations”

This statement comes after one Emmanuel accused 37 Military Hospital staff of causing the death of his brother, Solomon Asare Kumah.

The Ghana Armed Force further assured all patients, families, and patrons of the Hospital of offering professional service to patients at all times.

“In the meantime, we wish to assure all patients, families, and patrons of the Hospital of our best endeavours to offer professional services at all times.”

Below is the statement from the Ghana Armed Forces 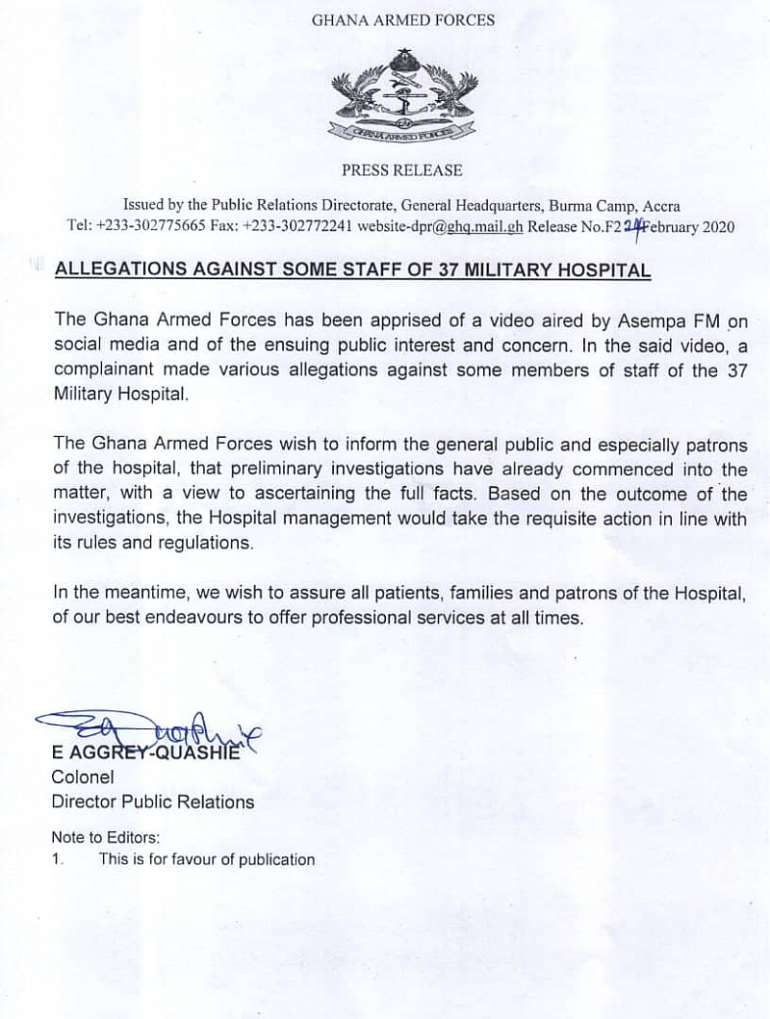