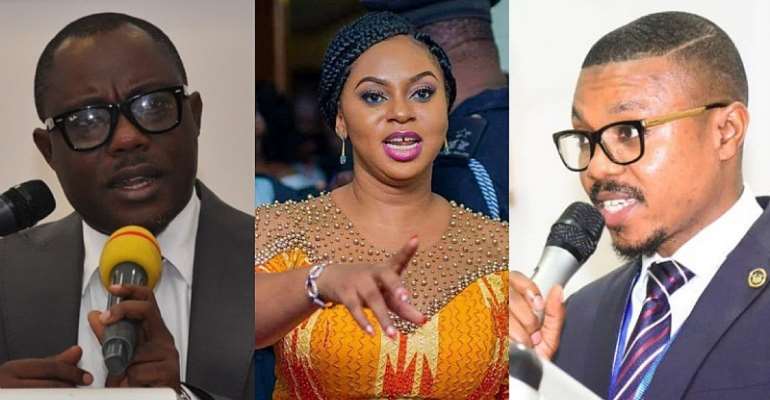 Many have criticised why people in privileged positions such as these high profile state officials would dish out from a fund meant for the poor and needy when by all accounts, they could have afforded their own fees for their course of study.

But Professor Ransford Gyampo, Senior lecturer of the University of Ghana political science department in a Facebook post disagrees with the findings of the Auditor-General.

He said while GETFund and CMB Scholarships are reserved for the poor and needy in society, it will not be wrong for government officials to get help from such funds to improve their education and enrich their skills if the course they studied would help them serve the people better.

In a Facebook post, Prof. Gyampo wrote:
"1. Purely from the taxonomy of Abraham Lincoln’s definition of democracy as “Government for the People”, I dare say that, it is inappropriate for officials who, because of the critical and important positions they occupy in Government, are well-catered for by the state, to use their power and influence to “jump the queue” to benefit from interventions meant for the “Poor People”

2. CMB Scholarships for instance, meant for children of poor cocoa farmers, must be enjoyed by its intended beneficiaries, and not the children of rich government appointees.

4. It must however be noted that, there may be nothing wrong, if the state, through its agencies, decide to sponsor an official to undertake a course or programme, aimed at not satisfying the personal self aggrandizement of the individual public official, but improving the capacity of the official to serve the people better.

5. In this regard, every fair comment about the officials who have benefitted from funding to undertake courses abroad, must first ascertain what the courses studied were meant for. Were they courses merely meant to improve personal CVs? Were they courses meant to enrich the quality of services rendered by the officials to the poor? We risk being propagandistic if we do not objectively answer these questions.