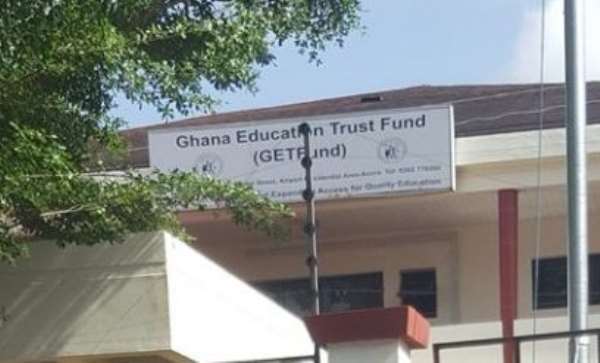 The Ghana Education Trust Fund (GETFund) is challenging claims of illegalities contained in the Auditor-General’s report.

GETFund in a long response to the Auditor General discredited many of the assertions in the report, indicating among other things that the claim that it had discontinued scholarship funding to the Scholarship Secretariat since 2008 is false.

According to GETFund, they disbursed funds to the Scholarship Secretariat even in 2009.

“In 2009 and 2010 the Scholarship Secretariat submitted a schedule of fees and stipends due Ghanaian Students studying abroad for the GETFund to transfer same to the Ghanaian Missions abroad.

“In 2011 as part of special allocations towards social intervention programmes, at the instance of Government, an amount of GHS22m (twenty-two million Ghana Cedis)was allocated and released to the scholarship Secretariat,” GETFund said in its response.

GETFund added that it did not receive a request for the release of funds from the Scholarships Secretariat until 2017.

It also argued that unlike what was suggested in the Auditor General’s report, it was only responsible for providing supplementary funding support and not the main source of funding for the Scholarship Secretariat.

“It is not the case or the intention that the GETFund would make regular allocations and releases to the Scholarship Secretariat, regardless of their needs,” GETFund added.

Responding to the other claims of a lack of proper systems to ensure efficient use of public funds and the failure of the GETFund board of trustees to restrain the administrator from using his discretion to award scholarships, it said these claims may be related to the past administration before 2017.

It said the current administration which came to office in 2017 has put in a place measures to ensure an efficient and effective system in the administration of scholarships.

“Under the current Board we can confirm that the Board works closely with the Administrator to ensure sound and prudent principles of management of public funds are adhered to. The Board has kept close monitoring of all activities of the GETFund,” it said.

A performance audit report from the Auditor-General sighted by Citi News said the GETFund Secretariat “breached the object of the fund and administered the scholarship themselves.”

According to the GETFund's Annual Reports from 2012 to 2018, the secretariat spent GHS 425,698,937 on scholarships on 3,112 beneficiaries out of which 2,217 persons were unlawfully granted scholarships to study abroad.

It also said GETFund’s selection process was not robust enough, describing it as “unfair, dominated by one person and porous.”

Some politicians, for example, are listed as beneficiaries of GETFund scholarships.

The report noted that the current Education Minister, Matthew Opoku-Prempeh and the current Procurement Minister and Deputy Majority Leader in Parliament, Sarah Adwoa Safo benefitted from the scheme in the past.

The Procurement Minister is listed as having studied at the Harvard Kennedy School, benefiting from US$12,800 in allowances with US$17,004 in tuition fees.

Education Minister, Dr. Opoku Prempeh is noted to have participated in a course on National and International Security at Harvard University, where he received US$12,800 for living expenses and US$11,200 as tuition fees.

The Minister, in a statement, noted that he was the recipient of a GETFund award in 2014.

We must tackle poverty as national security threat – Parliam...
50 minutes ago