GETFund Scholarship: I Received It But Not As A Minister – NAPO 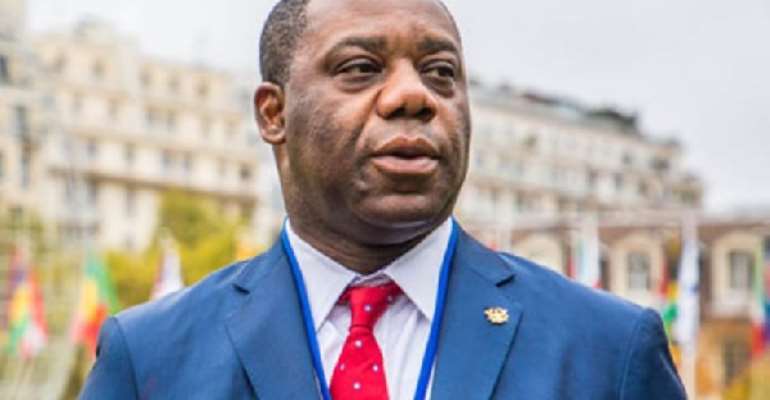 Minister of Education, Matthew Opoku Prempeh has not denied being a beneficiary of the GETFund Scholarship but not as a Minister.

In a performance audit report from the Auditor-General, Matthew Opoku-Prempeh, the Procurement Minister; Sarah Adwoa Safo and the Executive Secretary of the National Council for Curriculum and Assessment; Prince Hamidu Armah were listed as scholarship beneficiaries of the scheme.

The Minister in a statement, however, described this claim as “false and calculated to cause embarrassment and public ridicule.”

He clarified that he was only a “recipient of GETFund award in 2014 to participate in a 3-week certificate program at the Kennedy School of Govt, Harvard University.”

He thus urged Ghanaians to disregard such claims.

The Executive Secretary of the National Council for Curriculum and Assessment also came out with a statement noting that his studies at the Aberdeen University in Scotland predated his entry into public service “by at least three years”.

He applied for and won the scholarship in 2012 to study for a doctorate in Mathematics Education at the University of Aberdeen in the United Kingdom in 2012.

The focus of GETFund performance audit

The Auditor-General ultimately indicted the GETFund for breaching its mandate and “illegally” funding foreign scholarships.

The performance audit report said the GETFund Secretariat “breached the object of the fund and administered the scholarship themselves.”

Below is the statement from the Minister

I have noted with dismay news carried by some media, that suggests that I have as a Minister, received a scholarship from the Ghana Education Trust Fund for studies at Harvard.

This impression is false and calculated to cause embarrassment and public ridicule. I have not received any form of sponsorship for any program or course of study from GETFund of scholarship secretariat since becoming a Minister.

However, I have been a recipient of GETFund award in 2014 to participa te in a 3-week certificate program at the Kennedy School of Govt, Harvard University.

I urge the public to disregard this story, borne out of mischief and lies, intended to cause disaffection.