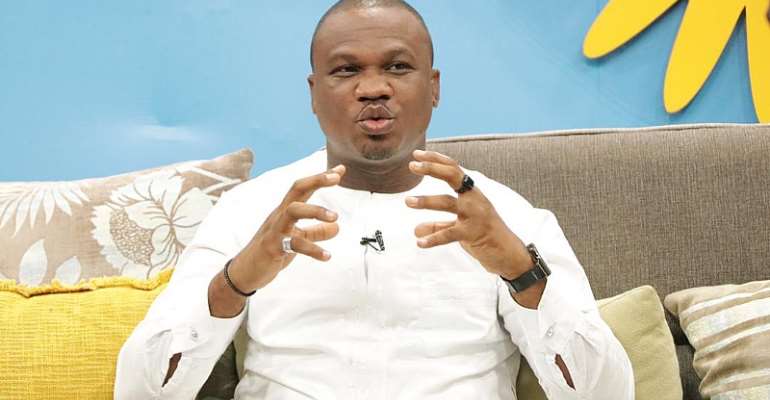 He said: “People voted because the President Akufo-Addo had promised that he was going to tackle corruption head on, so he raised our expectation.

“The government has failed woefully in the fight against corruption. All the incorruptible accolades heaped Nana Addo has turned out to be a sham…Everybody knows the corruption records in the country but my worry is that the same people who held a particular set of statistics on the corruption perception index that we (NDC) were corrupt yesterday are giving a different interpretation to the same figures the next day. This shows their vain posture,” Richard Manuribe told Kwame Tutu on 'Anopa Nkomo' on Accra-based Kingdom FM 107.7

He stressed that, corruption has been increasing over the decades but the Akufo Addo government tops the list as the administration with the worst cases of corruption scandals.

“President Akufo-Addo has failed woefully in the fight against corruption. The case today is that corruption is thriving with impunity.”

Richard Manuribe believed it will bode well for the NPP and the country for that matter, should the government humbly acknowledge its inaptitude and helplessness in dealing with corruption so the NDC can proffer solutions to deal with the canker,”he added

He said,” President Nana Addo Dankwa Akufo-Addo has in within the three years in office become a clearing house for his appointees and ministers who have been accused of corruption.”

According to him,Nana Addo Dankwa Akufo-Addo rode on the deceitful mantra of incorruptibility to the presidency. He promised to fight corruption and to restore integrity in the public sector if voted into office.