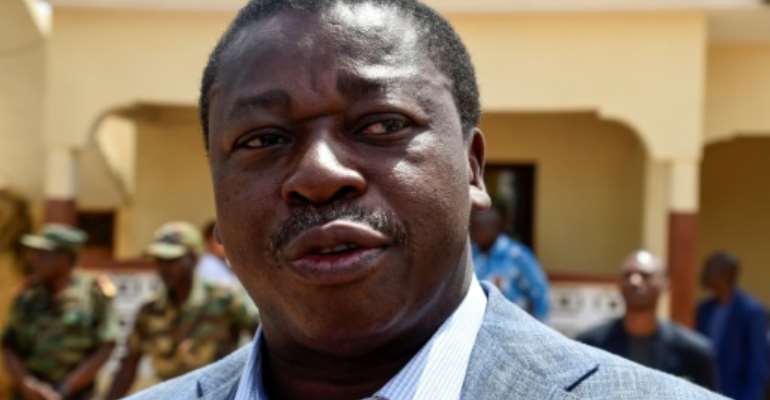 Togo's President Faure Gnassingbe on Monday hailed a crushing election victory that gave him a fourth term, as his main rival insisted he had won and called on people to "defend" their votes.

The incumbent leader took 72 percent of the vote in the first round of Saturday's presidential poll, the election commission said overnight, far ahead of former prime minister Agbeyome Kodjo on 18 percent.

The opposition alleged widespread fraud including ballot stuffing and the use of fake polling stations to skew the results in Gnassingbe's favour.

The widely expected win extends more than a half century of dynastic rule over the former French colony by Gnassingbe's family despite broad disillusion over its failure to drag many out of poverty.

"The truth has just come to light after the announcement of the results which place us far ahead of our adversaries," Gnassingbe, 53, told celebrating supporters.

"Those who wanted to get agitated got agitated, they announced imaginary figures, they proclaimed themselves winners... We remained calm." 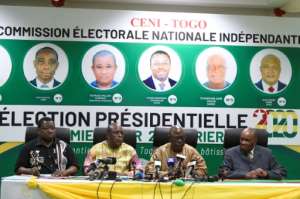 Gnassingbe has led the country of eight million people since taking over in 2005 following the death of his father Gnassingbe Eyadema, who ruled with an iron fist for 38 years.

Kodjo, who served as premier under Gnassingbe's father, alleged major irregularities and insisted he was the true "democratically elected president of the republic of Togo".

"I appeal to the population across all of the country and in diaspora to resolutely defend the truth of the ballot boxes," he said in an audio message disseminated on Whatsapp.

"I appeal for restraint and neutrality from the security forces."

In a statement, Kodjo's campaign chief urged Togolese to "enter into resistance" until the "will expressed by the voters in favour of change is respected".

The streets of the capital Lome were calm on Monday, AFP journalists said.

Gnassingbe faced major opposition protests in 2017 and 2018 demanding an end to his family's 53 years in power.

He weathered the calls to leave office and in May pushed through an overhaul to the constitution that allowed him to run this year -- and potentially remain in office until 2030.

The electoral commission said turnout at Saturday's votes was over 76 percent. Gnassingbe's score easily beat the 58 percent of the vote he claimed five years ago.

The authorities banned hundreds of local observers from monitoring the election and cancelled the system of electronic security at the last moment.

Some 300 international observers were deployed, mainly from the Economic Community of West African States (ECOWAS) and the African Union, with many African states supporting the incumbent.

The country's constitutional court now has six days to confirm the results.