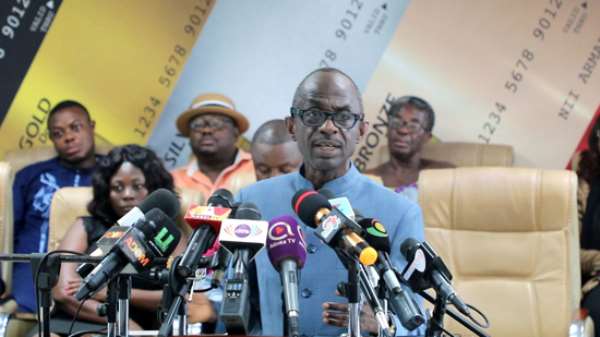 Honestly, my patience for the Ghanaian politician is wearing thin by each passing day. Their actions as are in daily display defy common sense and are purely contrary to the call of their duty.

Most Ghanaian politicians in Ghana, if not all of them, are in pursuit of their selfish interests rather than the collective interests of the populace for which they were elected or appointed to the various positions they hold. This attitude makes them disgusting entities to say the least, if not abhorrent vermin worthy of being obstructed from venturing into the sight of human beings.

What sense can anyone make out of the recent walk out on His Excellency Nana Akufo-Addo by the NDC minority caucus in Parliament when the president had gone to parliament as required by the nation’s constitution to deliver his State of the Nation Address (SONA or SOTN)?

Among their reasons offered for shamefully walking out of parliament, as preposterous as they are, are the failure of the government to have until date not paid them their due tranche of the MPs common fund to effect projects in their various constituencies and the president’s failure to instruct the Electoral Commission not to embark on compiling a new voter register for the impending Election 2020.

Before dragging them on the floor to the cleaners to launder them spotless, let me ask them a few questions.

1. Had the NPP MPs been paid their share of the common fund of which the NDC MPs claim not to have received theirs? If yes, why had they been paid but not the NDC MPs? If no, why should the NDC be the only ones to moan about it to the point of walking out of parliament only to return to gluttonously devour the food prepared for the occasion as alleged?

2. Had they prior to their decision to disrespectfully, incompetently and maliciously walk out on the president as watched by the whole nation, if not the whole world, taken out formal steps to question, or find out, why they had not been paid their due share of the common fund, as lawmakers as they are?

3. Why are they accusing the president of not pressuring the Electoral Commission to rescind their decision to organise a new voter register for Election 2020 and onwards?

4. Do they as lawmakers read, understand, and uphold the 1992 Constitution irrespective of its alleged numerous unhelpful Articles, Sections and Clauses of which discerning citizens are calling for amendments?

5. If they do, do they understand that an Article in it states that the Electoral Commission is independent of the other organs of government? Why then should the NDC think the president can influence the Electoral Commission to abandon its determined aim of organising a more credible electoral roll devoid of irregularities for the country? Should the president intervene as dubiously wished by the NDC, will his action not amount to infringing a tenet of the constitution hence criminal, dictatorial and prosecutable?

7. By the way, are the NDC justified if the say it was the president who sacked the former Chair of the Electoral Commission, thus, Mrs Keeson Charlotte Osei? Was it not her commissions and omissions that led to her sacking? Who do the NDC want to fool? Did Charlotte Osei not respond to the accusations against her by saying that Amadu Sulley, her Deputy of Operations or whatnot, was transferring illegal votes and accepting money amounting to millions of Ghana New Cedis for his personal use from some political parties? What was the money meant for and from whom was he accepting them? When she knew he was engaged in such illegalities, what did she do as the head of the Electoral Commission? What about the charges against her by Mrs Opoku Amankwaah, her Deputy, and Charlotte’s counter-charges in rebutting Opoku Amankwaah? What about Charlotte engaging in acts to defraud the Commission or Ghana of millions of Ghana New Cedis without due recourse to laid down procedures? The NDC can only fool themselves but not intelligent and wise persons in Ghana and the world including Rockson Adofo, the son of Kumawu/Asiampa soil.

I am indeed flabbergasted at the markedly irresponsible attitudes by the entire NDC faithful, especially their so-called Members of Parliament, who constantly exhibit inward-looking attitudes secretly directed at pursuing their selfish political and personal agenda instead of the collective interests of Ghanaians.

I am ready to engage anyone from the NDC fraternity in intellectual debate to set the record straight for I am fed up listening to their malicious pronouncements and how craftily they want to take Ghanaians for fools and for a rough ride.

Enough is enough with their nonsense, I must be frank with them. For how long do they want to take Ghana into a ditch all for attaining their selfish objectives?

Any challenger? I hope there is no challenger. I am waiting calmly for any available NDC MP or member who will take up the gauntlet I have thrown to them today to face me in a political discourse to thrash out their madness, political ambiguity and how best to move Ghana forward rather than always wallowing in the falsehoods, pretences and the throw of dust into the eyes of people as they are so infatuated with and identified by.