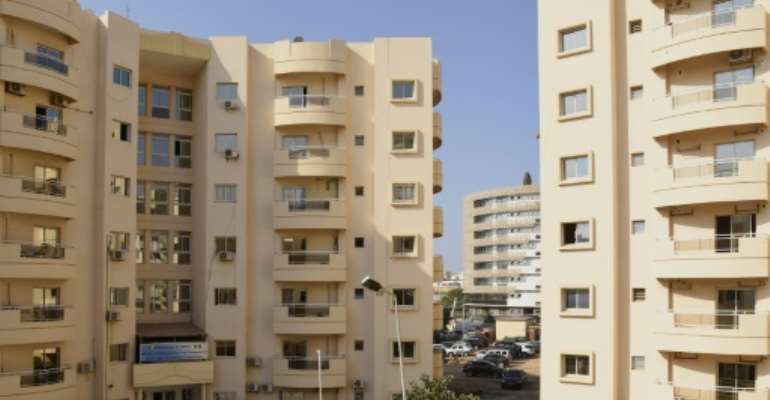 Housing boom: New apartment blocks are being built in Dakar, but spiralling rents make living there a distant dream for many. By Seyllou (AFP)

After months of threats from his landlord, visits to the police and a court hearing, Djibril Diagne came home on New Year's Day to find the water had been cut off.

Today, Diagne, his second wife and five children use outdoor taps to wash and cook.

Opposite their dark flat in a scruffy suburb some 15 kilometres (nine miles) from central Dakar, workmen swing shovels on a building site, as horse-drawn carts travel up and down earth roads.

The tenants above and below him have both left, says the 64-year-old electrician, from a faux-leather armchair in his threadbare living room.

In a tale that has echoes for many poor tenants in Senegal's capital, Diagne's landlord is trying to evict him and put up the rent.

Dakar is located on a cramped peninsula of some 3.7 million people, whose population has shot up as rural Senegalese have moved in -- and rents have followed close behind. 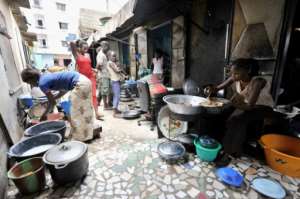 Low-cost housing is being forced out by landlords enforcing higher rents. By GEORGES GOBET (AFP)

International organisations and businesses are also lured by Dakar's stability in an otherwise turbulent region.

Dakar's poorest residents, however, are paying for the price of the boom.

In a country where some 40 percent of people live in poverty, Senegal passed legislation in 2014 to ease pressure on tenants.

Bassirou Sakho, a commercial lawyer who moonlights as a probono eviction defence attorney, said the rent-control law has only increased evictions as landlords seek to recoup losses.

"It's astronomical," Sakho, 54, said softly of the number of evictions, in his small downtown office.

Properties are then rented out again at a higher price.

"Demand is higher than offer and people are profiting," said Sall, adding that there is no legal enforcement.

Senegal's housing minister Abdou Karim Fofana, who has admitted to problems enforcing the law, did not respond to several requests for comment.

"We are working ... to ensure that people will have no problems accessing decent housing," he told MPs in December, according to local media.

'People don't give a damn'

There is no official data for recent rent rises, although anecdotal evidence from real-estate agents suggest that prices have surged.

A former housing analyst turned real-estate agent, who declined to be named, said rents downtown running to the northern seaside district of Almadies had "almost doubled" in the past decade.

Senegal's statistics agency says rents across Dakar "skyrocketed" 115 percent between 1994 and 2010, hitting the poor hardest, and complaints about rapacious landlords were ubiquitous. 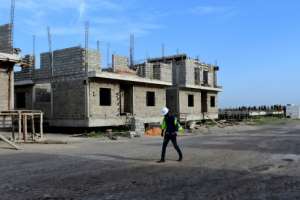 Dakar's development is constricted by its position on a headland. A massive project is under way to build a new city 40 kms in Diamniadio -- but few people have moved there. By Seyllou (AFP)

Some profit-seeking landlords resort to abusive tactics, such as cutting off the water, to force tenants out, Sakho the lawyer said.

Enforcing the law is often difficult since many rental contracts are informal.

And landlords who use the courts to evict tenants are hugely successful.

It dismissed 463 requests over the same period.

Many tenants leave before getting to court. Pape Moussa Wade, 43, received a court summons in January after he refused to agree to a 20-percent rent hike.

He has since left his flat in the suburbs to avoid costly court fees.

"These people don't give a damn about the law," Wade said, explaining that he knows the rules because he's a real-estate agent.

The housing crisis is coinciding with a construction boom, as Senegal builds a new city at Diamniadio, about 40 kilometres (25 miles) from central Dakar. But few people have relocated there so far.

Sakho added that landlords often try to evict renters who originally paid around 100,000 CFA a month -- a bracket marked for large reductions under the 2014 law.

But he was taken to court in December by his landlord, who is claiming more rent, according to Diagne's court documents seen by AFP.

"He wants me to leave at all costs," said Diagne. "Renters have no protection".