Passenger Service On Takoradi-Tarkwa Line To Be Suspended In March 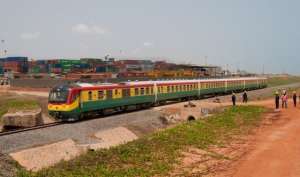 GRCL in a statement signed by its Acting Managing Director, John Essel said the reason for this development is to “enable the contractor – Amandi Holdings Limited who is constructing the standard gauge railway line alongside the existing narrow gauge line to construct culverts from km 16+000 to km 23+500.”

The suspension is expected to last for two weeks.

The company further assured that it will notify the public when the passenger service is resumed. 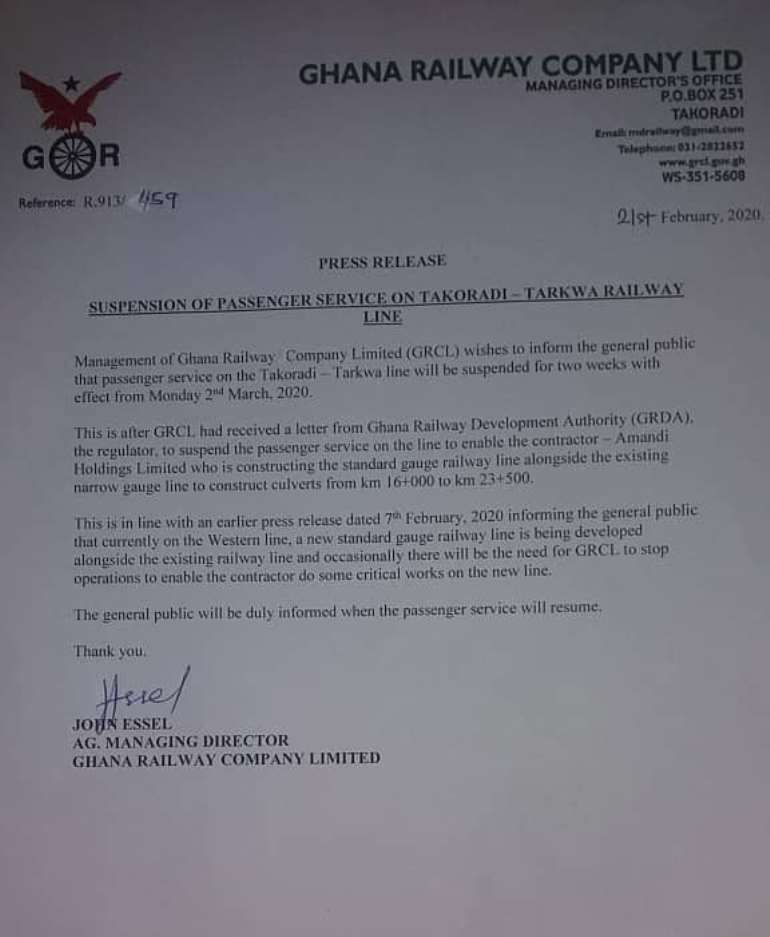 Last month, the Ghana Railway Company Limited announced that it had completed rehabilitation works on the Takoradi to Tarkwa rail line.

The Ghana Railway Company Limited's train moving from Tarkwa to Takoradi on January 30 suffered a derailment while on a test run.