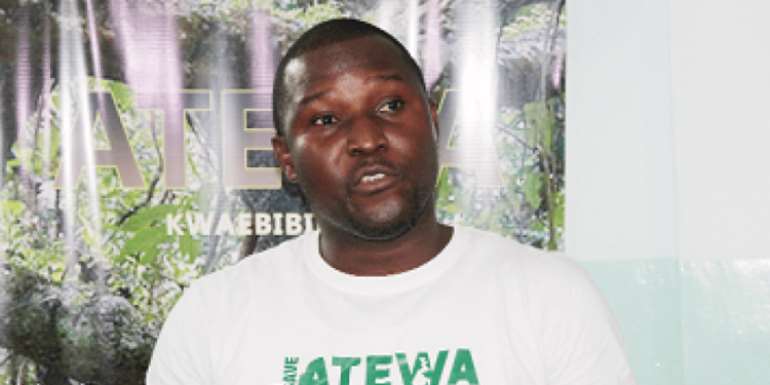 A Rocha Ghana, a non-governmental organisation specialised in environmental protection, says it will monitor closely where and how the government intends to mine bauxite in the country.

President Nana Akufo-Addo in his recent State of the Nation Address hinted of plans to exploit the country's large bauxite, manganese and iron deposits.

A Rocha has been at the forefront of a campaign to pressure the government to rescind its decision to mine bauxite in the Atewa forest.

The Deputy National Director of A Rocha Ghana, Daryl Bossu told Citi News that the impact of mining on the environment must be a concern to the general public hence must be properly assessed.

“What Ghanaians and everyone should avert their minds to and actually stay vigilant is to ask where and how the government intends to go about taking our minerals for our development. That has always been the bigger question. Because taking minerals to develop our nation is not going to be the first time. It has been happening in this country for several years and this is nothing new.”

“The question always has been; how is the government going to go about it and where exactly are they going to take these minerals? And this is where the problem usually is. Because the minerals are not in isolation from other resources in this state. Some of them are in very rich agricultural areas. Some also are in watersheds and these present risks,” he noted.

A Rocha Ghana had earlier served notice of its intention to file a civil suit against the government over its [government’s] decision to mine bauxite in the Atewa Forest.

The group said it will be seeking a declaration that “mining of bauxite in the Atewa Range Forest violates the right to life and dignity as enshrined under articles 13 and 15 of the Constitution of Ghana (1992).”

It will also be seeking an “order compelling government and its agents to take the necessary steps to protect Atewa Forest in accordance with its constitutional obligations as contained under article 36(9) of the Constitution (1992). An order, restraining the government of Ghana, its assigns and agents, servants, workmen, allottees and guarantees whatsoever and howsoever described from undertaking mining and its related activities in the Atewa Range Forest.”

This was captured in a letter A Rocha through its lawyer, Martin Kpebu, wrote to the Attorney General's Department.

Resistance to mining in Atewa

Various groups have kicked against the government’s decision to mine bauxite from the Atewa forest.

This came after the government in a Sinohydro deal with China, decided to trade off bauxite worth US$2 billion to be used on infrastructure including roads, bridges, interchanges, hospitals, housing and rural electrification.

One of such groups is the Concerned Citizens of the Atewa Landscape who demonstrated in January against this decision by the government.

They in March 2019, walked a distance of 95km from Bunso junction in the Eastern Region to the Jubilee House to drum home their concern.

Oscar award-winning actor, Leonardo DiCaprio , also added his voice to calls for the protection of the forest.

However, on the other hand, the chiefs and elders within the Atewa enclave have given their blessing to the government to mine the mineral.