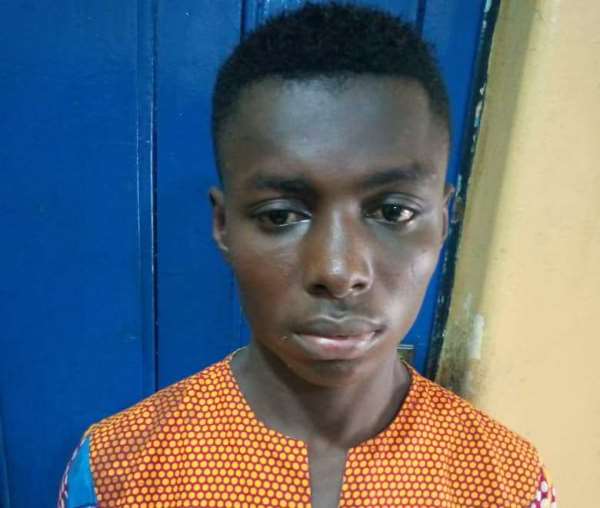 A 21-year-old unemployed man has been sentenced to 15years imprisonment for robbery and causing harm.

The convict, Nana Ansong in an attempt to steal an iPhone 6s plus from a shop at Adabraka in Accra and in the process slashed the neck of the shop attendant but was apprehended by eyewitnesses.

The Police in giving details about the crime said the convict on Wednesday, 12th February, 2019 entered the shop under the pretext of buying iPhone.

“In the process of bargaining, he stole one iPhone 6s plus valued at GH¢1,650.00 and attempted to bolt with it. The victim [shop attendant] saw him and tried to raise an alarm, [but] the accused person held the victim by the neck and quickly removed knife from his bag and slashed the victim’s throat,” the police said.

The prosecution said eyewitnesses were drawn to the scene after they heard the noise from the attendant and the sight of blood oozing as a result of the assault.

The eyewitnesses subsequently arrested the suspect while the victim was rushed to Korle-Bu Teaching Hospital (KBTH) where she was treated and discharged.

Police said after investigations the suspect was charged with robbery and causing harm.

“[He was] put before Circuit Court 1. On 19th February, 2020, the court presided over by Mrs. Afia Owusuwaa Appiah on charges of robbery and causing harm. He pleaded guilty to both counts and convicted 15 years imprisonment for robbery and 5 years for causing harm respectively. Sentence to run concurrently.”

The convict is to serve the term at the Nsawam Medium Security Prisons.