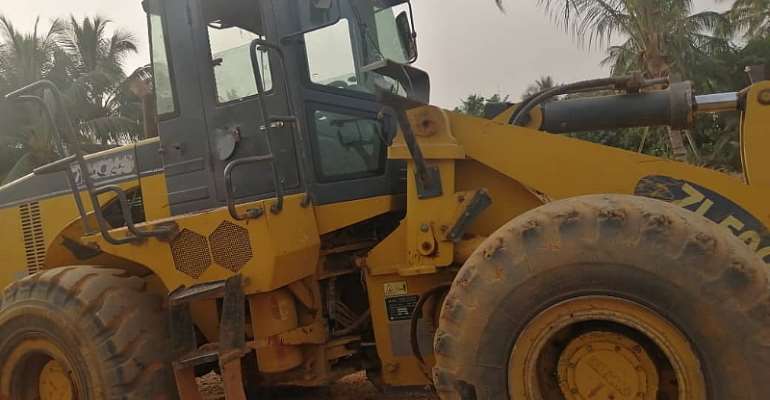 Three persons including a one-year-old child have been killed after they were run over by a wheel loading machine on Friday morning at Aputuogya-Nkwanta in the Bosomtwi District of the Ashanti Region.

The bodies of Akosua Achiaa, 57, Lydia Ntow, 36 and her one-year-old child, Hannah Acheampong have been deposited at the Pramso Government Hospital Morgue.

One other victim, 24-year-old Doris Duku is on admission at the St. Michael’s Government hospital at Pramso after she sustained injuries.

The incident, according to the Police, happened after the machine operator lost control and ran over Akosua Achiaa who was selling food by the roadside.

The machine operator, however, absconded after the incident.

Kuntenase District Police Commander, DSP Eric Akwaboah who narrated the incident to Citi News pleaded on the authorities to put speed bumps on the road to check overspeeding.

“We’ll advise drivers to be careful when they get to towns because in places like this, their houses are very close to the road so the least accident has the vehicle veering from the road into someone’s house or hitting into someone. So I will also urge the city authorities to put some bumps in areas like that so it will check speeding on the roads,” he said.

Meanwhile, the wheel loader has been towed and parked at the Jachie Police Station. The Police have also begun a search for the machine operator.