Science/African Union: A World Congress In Addis Ababa On 25/26 February

...To Affirm “The Right To Science Globally” 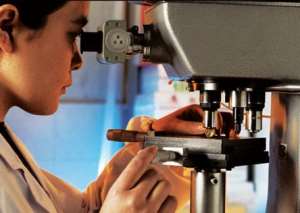 Science for Democracy: “Coronavirus should be taken as an opportunity to affirm science as a human right. A strong message to the United Nations from an African perspective.”

Science for Democracy, together with Associazione Luca Coscioni, is organizing the 6th meeting of the World Congress for Freedom of Scientific Research on “THE RIGHT TO ENJOY THE BENEFITS OF SCIENCE” in Addis Ababa, Ethiopia from 25 to 26 February 2020. The event is co-sponsored by the Commission of the African Union in the person of Prof. Sarah Anyang Agbor, Commissioner for Science and Technology. Among speakers: Sir Richard John Roberts, Nobel Prize in Physiology, and Abdi Adam Hoosow, Minister of public works, Somalia.

The themes at the center of the debate will contribute to the global debate on the “Right to Science”, which constitutes the object of the latest “General Comment” of the UN Committee on Economic, Social and Cultural Rights, soon to be adopted at the United Nations in Geneva.

Once approved, the document will create an obligation for the Member States to report on the respect of both the freedom indispensable for scientific research and the fundamental human right to enjoy the benefits of scientific progress and its applications.

The World Congress in Addis Ababa will include panel discussions on the concrete enjoyment of the benefits of science in different fields, such as: the promotion of scientific culture; open access to science; genome editing on humans, vegetal biotechnologies; rare, infectious and non-transmissible diseases as well as aerospace, big data and artificial intelligence.

The interaction between science, the scientific method, evidence-based debates and the decision-making process in full respect of the international Rule of Law has always been at the center of the five meetings of the World Congress organized since 2004 at the Italian and European Parliament by the Associazione Luca Coscioni .

The Addis Congress will explain the ramifications the “right of” and the “right to” science on a variety of topics that are becoming crucial for African countries to achieve the Sustainable Development Goals (SDGs) by 2030, arguing that international legality will need to take into structural consideration all issues related to scientific evidence when policy decisions are taken, stressing the need to educate the general public on the ways in which science works through the verification, duplication, and falsification of research. All SDGs would greatly benefit from investments in research and technology to strengthen science and innovation in the developing world.

Marco Perduca, President of Science for Democracy and Coordinator of the Congress, declared:

“The Coronavirus emergency has just proved how important it is to rely on the free circulation of scientific information, appropriate investments in scientific research and medical facilities, a global system of coordination and intervention. All these are aspects of the right to science which, if fully respected, could strengthen democracy and the rule of law the world over. We hope that our Addis Congress will provide some concrete proposals on how to better promote and protect science as a human right.”