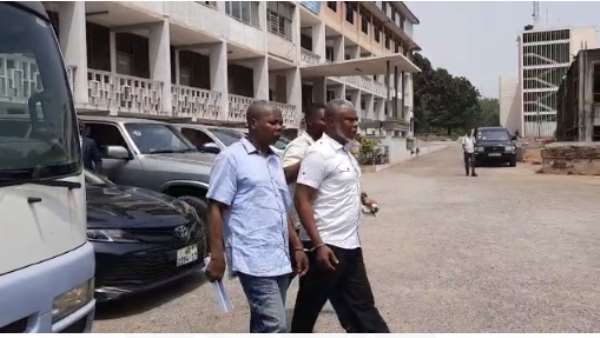 The state has arrested and arraigned a new suspect, Johaness Zikpi in the case of the alleged plot to topple the Akufo-Addo government.

The suspect Johaness Zikpi who is said to be a civilian employee of the Ghana Armed Forces adds up to nine suspects already undergoing committal processes at the Kaneshie district court.

This is the document which the defence lawyers have over the past months been urging the state to make available.

The prosecutors also discontinued their case against one suspect Geshon Akpa who is a weapon mechanic at the Ghana Armed Forces.

The 10 accused persons made up of four civilians, five military personnel and a senior police officer are said to be part of a group known as the Take Action Ghana (TAG).

The group, according to the prosecution, planned to organize a series of demonstrations and also to destabilize the government.

It is alleged that TAG engaged the services of Kafui, a blacksmith from the Volta Region, to manufacture arms to enable them to complete their objectives.