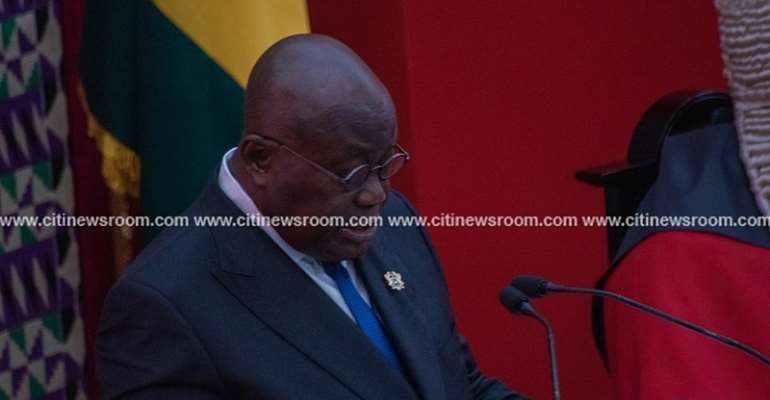 President Akufo-Addo says the constant power outages, popularly known as ‘dumsor’, which was rampant a few years ago has become a thing of the past under his government.

According to the first gentleman of the land, although the New Patriotic Party (NPP) administration has “overcome” the situation, there are still debts that need to be paid following power agreements signed by the previous government.

“It gives me great pleasure to be able to say that we have overcome the dumsor menace. But unfortunately, I cannot say we have resolved all our energy problems. It is still work in progress. Further, the five years of energy crisis led to the signing of what can only be described as usurious contracts that have landed our country with a huge financial burden. The take or pay contracts resulted in the country being saddled with expensive excess power and our having to pay nearly US$1billion in 2018 and 2019 for power we do not need.”

“We are working to find a way out to ensure reliable power supply at a cost that will make us competitive in the region. In the meantime, the industrialization flagship program; One District, One Factory is progressing and beginning to show dividends,” Akufo-Addo stated while delivering the State of the Nation Address on Thursday.

The Minister of Finance, Ken Ofori Atta also made similar claims about the menace of constant power outages in the country while presenting the mid-year budget review in Parliament in 2019.

He noted that the government has successfully resolved the inconsistent power supply problem in the country but indicated that there are some challenges in the energy sector that pose financial risks to the economy as a whole, adding that these challenges should be addressed.

“Mr. Speaker, I am happy to reaffirm that 'dumsor' is history, and we are determined to ensure that it remains that way. However, we are facing serious challenges in the energy sector that pose grave financial risks to the whole economy. At the heart of these challenges are the obnoxious take-or-pay contracts signed by the NDC, which obligate us to pay for capacity we do not need.”