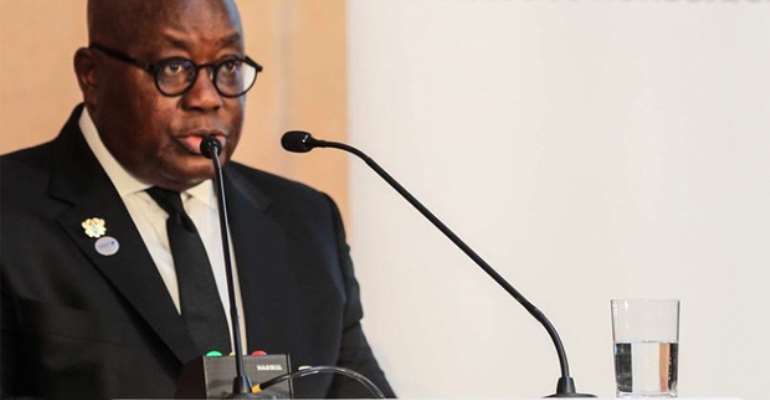 President Akufo-Addo, has expressed worrying concerns about the future of Ghana due to illegal mining activities commonly known as Galamsey.

According to him, the threat posed to Ghana's future is great.

He has therefore encouraged the Media Coalition Against Galamsey to keep up the fight against illegal mining.

He revealed that much efforts have been made by state actors to crackdown on illegal miners.

A number of excavators, 12,000 chiffans and other mining equipment, he said, have been seized.

However, he noted that some of the excavators seized have gone missing.

Operations Vanguard has been very successful even though problems still remain, he said.

The number of people dying in mining pits has reduced by more than 90%, according to the President.

The President recounted how rampant the menace of Galamsey was when his government took over in 2017.

He said foreigners were all over forests across the country, mining illegally and destroying water bodies.

However, he said the situation has improved.

“Mr. speaker, the Community Mining Programme has been well received by the public”.