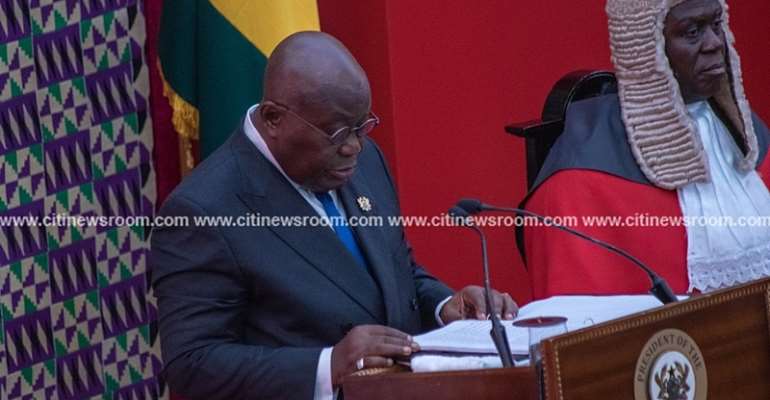 No one has been able to factually dispute claims that the governing New Patriotic Party has fulfilled 78% of its 2016 manifesto promises, President Akufo-Addo has said.

At a town hall meeting last week, Vice President Dr. Mamamudu Bawumia insisted that the Akufo-Addo administration had fulfilled 78 percent of its promises.

“In all, we made 388 promises in our manifesto. The most recent validation exercise at the end of January 2019 shows that we had delivered or are delivering on 303, 78 percent of the promises,” Dr. Bawumia said.

He further stated that the government has so far delivered 114 of its promises while 189 additional promises are in the process of being fulfilled.

Promises claim was factual hence no challenge yet

While delivering the State of the Nation Address in Parliament today, February 20, 2020, President Akufo-Addo said no one has been able to counter the claim because it is factual.

“I do not intend to go through all over again the meticulous accounting that was done in Kumasi 10 days ago. It is enough to say that once it is Dr. Bawumia, everything he said was backed by data and his customary fact-checking. He ended by asserting that 78% of the promises we’ve made solemnly to the people of Ghana have been or are in the process of being fulfilled. There has so far been no factual challenge to his compelling testimony.”