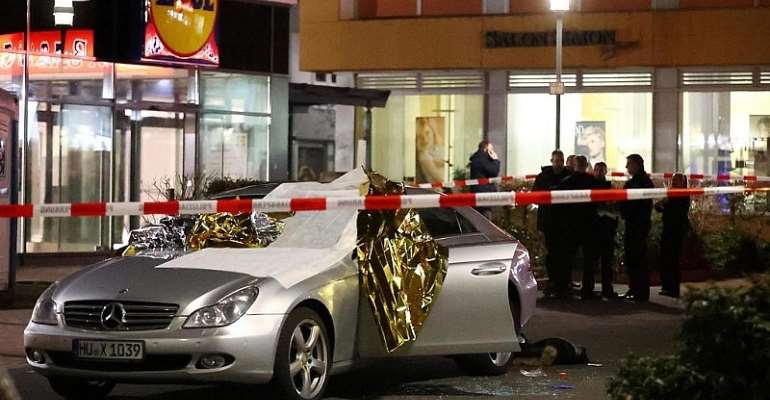 German investigators have said they suspect a "xenophobic motive" behind shootings at a shisha bar and a cafe that left 10 dead overnight in the central city of Hanau, near the financial capital of Frankfurt.

At least ten people were killed in shootings targeting two shisha (also known as hookah) smoking establishments in Hanau. The suspected gunman was found dead in his home early on Thursday.

The attacks occurred at two bars in Hanau, about 20 kilometres from Frankfurt. Armed police and helicopters were quickly on the scene, looking for those responsible for the bloodshed.

Police in the central state of Hesse said the likely perpetrator had been found at his home in Hanau after they located a getaway vehicle seen by witnesses. Another body was also discovered at the property.

German federal prosecutors, who investigate crimes including terrorism, have taken over the case. A spokesman explained that there were "signs of a xenophobic motive" for the killings.

Currently no indication of additional perpetrators

"The suspected perpetrator has been found dead," police said, adding: "There is currently no indication that there are additional perpetrators."

The mass-circulation daily paper Bild said that those killed in the first bar were of Kurdish origin.

The first attack occurred at the "Midnight" bar in the centre of the city around 2100 GMT, reports said. Three people were killed in front of the building, local media said, with witnesses reporting hearing a dozen shots.

The attacker, or attackers, fled the scene by car, according to police. There was then a second shooting at the "Arena Bar".

A gunman reportedly rang the doorbell and shot people who were in the smoking section, killing five people including a woman, Bild said.

Sources close to the investigation have confirmed media reports that text and video material was found at the home of the perpetrator, who media reported was a 43-year-old man, believed to have had extreme right-wing sympathies.

Meanwhile media including public broadcaster ARD report that the second body discovered at the property was that of the man's mother.