South Sudanese demand leaders 'show us there is peace' 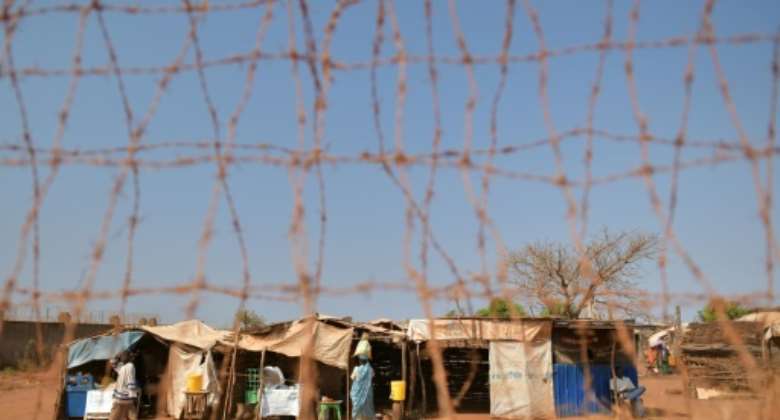 Thousands camped outside a UN base near Wau in an overcrowded tent city, too terrified to venture beyond the safety of peacekeepers. By TONY KARUMBA (AFP)

From behind the razor-wire fence that she is too afraid to leave, under armed protection in her own land, Jenty John Musa hears that peace is apparently coming to South Sudan.

"We just hear on the radio, 'There is peace, there is peace.' But we're not sure," she tells AFP in Wau, where thousands fled during the carnage of the civil war seeking UN protection.

"Let them come to us, and show us that now there is peace."

After a string of failed truces and hollow promises, distrust runs deep in South Sudan as its warring leaders are once again pushed to end the ruinous conflict in their young country.

International pressure is mounting on President Salva Kiir and his former deputy, Riek Machar, to honour a February 22 deadline to form a power-sharing government in Juba.

The old rivals signed a ceasefire in September 2018, halting five years of bloodshed that left 380,000 of their countrymen dead and four million on the run.

But they have since missed two deadlines to form a coalition, postponing again and again a major step towards a permanent truce.

Both men have violated past agreements, and war-weary South Sudanese are uncertain this latest detente will hold.

Nearly 190,000 people live under UN protection in camps across South Sudan, unwilling to venture out despite assurances from Juba that peace is around the corner. By TONY KARUMBA (AFP)

Their last two experiments with governing together degenerated into appalling violence. This time, they have pledged to unify their fighters under one army to protect all South Sudanese, but the force is far from ready.

Round after round of talks have failed to chart a path towards unity. Violence, meanwhile, has surged in parts of the country nearly the size of France, undermining what little confidence exists that peace is near.

Hopes of a breakthrough this week in the thorny issue of carving out states were stillborn, as negotiations deadlocked once again.

The haggling in Juba is painfully familiar to South Sudanese in Wau, who still bear the scars of past failed efforts at peacemaking.

The northwestern city imploded in 2016, as the "unity" government born from an earlier truce between Kiir and Machar crumbled.

Fighting rippled out from Juba and splintered along ethnic lines in Wau, as neighbours cut each other down in the streets.

"What I saw, I cannot forget. It's still dangerous out there," said Jawahier Khelifa, a mother of four.

One mother said she watched her children grow up in the camp -- but at least they are safe. By TONY KARUMBA (AFP)

She and thousands of others caught in the crossfire ran to a nearby UN base, banging on the gates and begging for help.

Three years later, thousands are still camped outside in an overcrowded tent city, too terrified to venture beyond the safety of peacekeepers.

They are not alone.

Nearly 190,000 people live under UN protection in such camps across South Sudan, unwilling to leave despite assurances from Juba that peace is around the corner.

Juleta Edward, 55, has watched her children grow up in overcrowded prison-like conditions in Wau -- but at least they are safe.

She has not stepped outside the camp since June 2016 -- when she fled Wau after seeing relatives being killed -- and is cynical about the latest declarations of peace.

"Experience is the best teacher," Sam Muhumure, head of the Wau field office for the UN Mission in South Sudan, told AFP. "That's why they are carefully watching every step the political leaders take. There has been some good progress... but the scepticism is still there."

Security has improved in Wau since Kiir and Machar agreed 18 months ago to give peace another chance.

The truce -- though not universally honoured -- has delivered South Sudan its longest lull in fighting since 2013, allowing a brief window for the shattered country to rebuild.

Farmers have returned to their fields and traders to marketplaces, helping spur a ruined economy. Aid workers have greater access to the 7.5 million people in dire need, their burden less impeded by threats and conflict.

Kiir, whose image smiles from a billboard urging national dialogue, says he is ready to form a government, but the international community has warned him against doing so without Machar. By TONY KARUMBA (AFP)

But as political inertia drags on, the ceasefire is being sorely tested.

This month, UN envoys reported that pro-government and opposition forces clashed in Maiwut, driving some 8,000 civilians over the border into Ethiopia.

"The peace dividend, for the moment, it's still quite thin," James Reynolds, head of delegation for the ICRC in South Sudan, told AFP.

Those clashing in the bush are supposed to be preparing for deployment as a united army. But basic training has not begun, hamstrung by a lack of cash and political will.

Kiir says he is ready to form a government, but the international community has warned him against doing so without Machar.

The stalemate has frustrated the country's backers, particularly the US, which targeted top officials with sanctions in December and has warned against another delay.

Others, including church leaders, have appealed for Kiir and Machar to think of their people, who have been slaughtered in droves and are subjected to unimaginable atrocities by their armies.

In Wau, people want action, not words. "Many have died. We want our leaders to focus on the people, and deliver," Edward said.