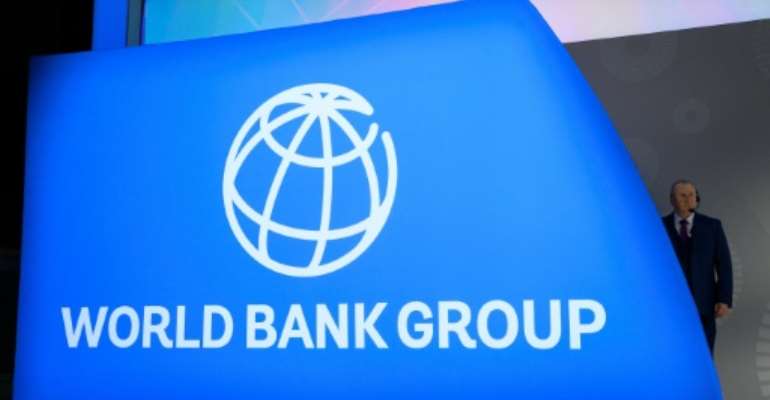 The World Bank published a study showing 7.5 percent of aid payments may leak out of needy countries into offshore accounts. By Andrew CABALLERO-REYNOLDS (AFP/File)

World Bank aid payments to the neediest countries appear to trigger money flows to offshore bank accounts, suggesting funds are siphoned off from the nations they are meant to help, according to a study published Tuesday.

Data showed these aid payments are mirrored by rising deposits in tax havens such as Switzerland, Luxembourg, Cayman Islands and Singapore, with no increase in non-haven countries, according to the report issued by the World Bank.

"We document that aid disbursements to the most aid-dependent countries coincide with significant increases in deposits held in offshore financial centers known for bank secrecy and private wealth management," the authors said.

"Our estimates suggest a leakage rate of around 7.5 percent for the average highly aid-dependent country," the study concluded.

The report, which looked at 22 of the most aid-dependent countries -- mostly in Africa -- compared data on aid disbursements from the World Bank with foreign deposits from the Bank for International Settlements (BIS).

The study created a bit of an uproar after The Economist last week alleged the bank was suppressing the report, and implied that may have been behind the early departure of chief economist Penny Goldberg, who announced this month she would return to academia.

The World Bank defended its support of independent research, including studies of corruption, and indicated the delay in publishing was simply due to the review process.

"The draft paper, 'Elite Capture of Foreign Aid' underwent several reviews, and it was improved as a result," the Bank said in a statement. "The revised paper, now published as a World Bank Working Paper addresses a number of comments raised during the review process."

The statement did not specify what changes were made, but an earlier draft of the study concluded that aid payments "cause" increased deposits in offshore accounts, but that was changed in the final version to say "coincide with."

While the study said other explanations for the aid leakage were possible, it ruled out most options.

"Aid capture by ruling politicians, bureaucrats and their cronies is consistent with the totality of observed patterns," it said, adding that the effects "are larger for more corrupt countries."

The study was written by Jorgen Juel Andersen of BI Norwegian Business School, Niels Johannesen of the University of Copenhagen, and Bob Rijkers of The World Bank.