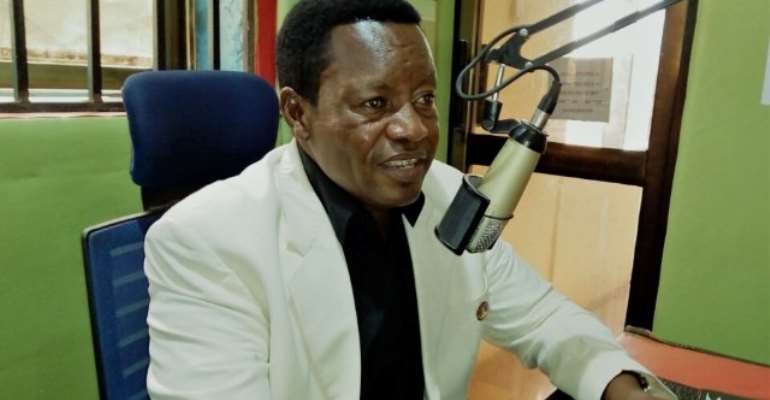 The Upper West Regional branch of the Ghana Federation of the Disabled has given the interdicted Upper West Regional Director of Education, Duncan Nsor a three-week ultimatum to return a vehicle belonging to the Wa school for the deaf or face their wrath.

The group said they will embark on series of demonstrations from all 9 registered disability groups in the region.

Mr. Nsor was interdicted by the Ghana Education Service (GES) last week over among other things, allegedly auctioning the said vehicle without following due process.

Addressing a press conference in Wa today, February 19, the Upper West Regional secretary of the Ghana Federation of the Disabled, Saani Nurideen indicated that, the Director abused his powers by selling the vehicle which was not in the original list of the vehicles meant to be auctioned.

“I want to use this opportunity to inform the interdicted Director that, all persons with disabilities in the region register their disgust and disbelief at the way he handled the wooden truck. Even if vehicles were to be auctioned, the least we expected was to be any of the vehicles of a special school like the Wa school for the deaf. It is our humble plea that the truck is returned.”

“We are giving the Director three weeks, to return the truck in question. Failing to do that will force all the nine disability groups in the region that form the federation will hit the streets of Wa,” he added. Interdiction

He has been asked to step aside for investigations into allegations of bribery in the appointment of heads of some second-cycle schools in the region.

Public Relations Officer at the GES, Cassandra Twum Ampofo, indicated that the decision was made after the Service received a petition against the conduct of Mr Nsor.

“We received a petition that Mr. Nsoh had sold a wooden truck to himself. The vehicle was for the school for the deaf in the Upper West Region which he used to convey his belonging from the school to where he lives now. One week after, he never returned the vehicle. When he was asked, he said the vehicle had been auctioned. The right processes were not followed in auctioning the car. The government also paid transfer allowance to teachers who were eligible in the region and for teachers who got the monies, Mr. Nssh took ten per cent of the monies each.”

1. Circumstances surrounding the auctioning of a track belonging to Wa School for the Deaf, which vehicle at the time of the auctioning was under his care and his refusal to inform the school and the Director-General of the development.

2. Allegations of bribery in the appointment of some Heads of some second cycle schools in the Region.

3. Alleged deduction of monies from some allowances due to some teachers in the region.

Meanwhile, the GES says he should be prepared to appear before an Investigation Committee for a probe.

Anyone who will speak against the National Cathedral will di...
7 minutes ago