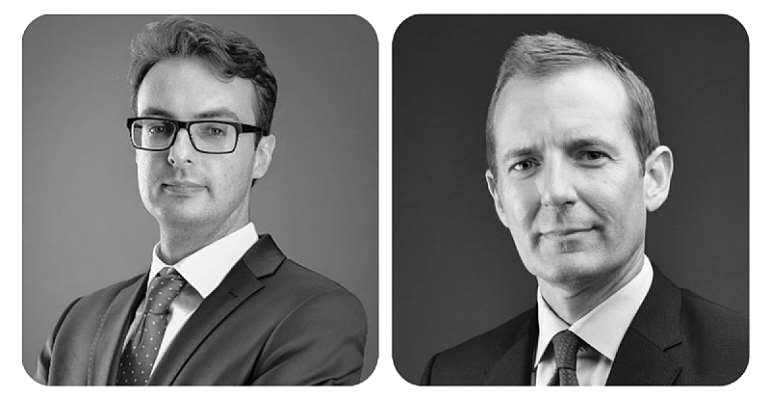 At the 93rd International Selection Panel in Riyadh, Saudi Arabia, the international jury of the non-governmental organisation honoured the two German founders and managing directors of the Nigerian solar energy company Daystar Power as High Impact Entrepreneurs. With this seal of approval and its network, Endeavor, based in New York, honors and supports entrepreneurial personalities worldwide.

The announcement of a total of 23 high-impact entrepreneurs from 11 markets took place on February 12 at the 93rd International Selection Panel (ISP) in Riyadh at the end of a long, multi-stage selection process. The two founders of Daystar Power, Christian Wessels and Jasper Graf von Hardenberg are the only selected entrepreneurs from Nigeria.

Endeavor is active in more than 35 markets and coordinates its activities from 20 offices worldwide. The aim of the NGO is to influence societies in a culturally, financially and socially sustainable way with the help of the commitment of high-impact entrepreneurs. Since Endeavor was founded in 1997, the organization has focused primarily on entrepreneurs in emerging growth markets whose companies are growing rapidly and exerting a positive influence on society.

Over the past two decades, Endeavor has screened more than 50,000 entrepreneurs in selection processes that examine their business model, social sustainability and development potential. Only about three percent of the entrepreneurs examined have so far been included in the series of high-impact entrepreneurs.

Christian Wessels and Jasper Graf von Hardenberg founded the solar energy company Daystar Power in Lagos in 2017 and have since installed more than 170 solar systems for schools, hospitals, banks, factories and other facilities in West African countries such as Nigeria, Ghana, Senegal and Togo with a total capacity of 8 MW. This has already saved more than 800 tons of carbon dioxide. Daystar Power relies primarily on local workers and offers them above-average income as well as health insurance according to European standards and further training opportunities. Christian Wessels had already been named Young Global Leader of the World Economic Forum in 2012.

Christian Wessels, founder and CEO of Daystar Power, says: "A lack of electricity is the central obstacle to growth for the whole of West Africa. The chronically underserved regions here have so far been dependent on the operation of diesel generators, which is expensive, unreliable and environmentally harmful. We have set ourselves the task of equipping West Africa with sustainable solar energy, thereby creating the necessary basis for further investment. I see Endeavor's award as both a confirmation of our efforts and an incentive.”

Jasper Graf von Hardenberg, founder and CEO of Daystar Power, says: “We have been committed to managing the company according to leading international standards since Daystar Power was founded in 2017. These include adherence to European social standards in Africa, the advancement of women and continuous training and education of employees. Since the founding of the company, we have created more than 100 jobs at various locations in Nigeria and Ghana and the majority of our managers are women. In this way, we are already exercising a leadership role that has now been rewarded by Endeavor.”

Eloho Gihan-Mbelu, Managing Director Endeavor Nigeria, says: “We are excited to welcome Christian Wessels and Jasper Graf von Hardenberg, co-founders of Daystar Power, into our growing community of high-impact entrepreneurs in Nigeria. They join over 2,000 Endeavor Entrepreneurs scaling transformational companies in more than 35 growth and underserved markets globally. We look forward to supporting Daystar Power with access to capital, talent, new markets and experienced mentorship on their journey to scale. Christian and Jasper successfully passed through Endeavor’s rigorous selection process, designed to identify entrepreneurs that combine the potential to effectively leverage our unparalleled global network of support, with mindsets to multiply their impact on the next generation of entrepreneurs in their local ecosystems. Historically, less than 3% of Endeavor Entrepreneur candidates have successfully crossed this milestone. Endeavor focuses on companies that have successfully passed through the initial start-up phase, and demonstrate the potential for rapid expansion."

Daystar Power is a pan-African electricity company specializing in the generation of solar energy, with a focus on medium and small-scale solar systems (20kWp to 5 MWp). The plants are either sold or made available to customers in a service fee model. The user benefits from cost savings against payment of a monthly fee, from ensuring a stable power supply, emission-free energy production and the efficient energy management. Unlike many other international solar companies, Daystar Power has established local technical units that provide a high level of service.

Sunray Ventures is an African Venture Builder with locations in Lagos, Frankfurt and Dubai. Sunray Ventures is focusing on building and scaling high-growth companies which generate profit, whilst creating environmental and socio-economic impact in their respective industries. Sunray Ventures and their owners Christian Wessels and Jasper Graf von Hardenberg have founded Daystar Power in 2017.

Endeavor is a mission-driven, global organization leading the high-impact entrepreneurship movement. Endeavor was founded on the belief that job creation, innovation, and overall prosperity flourish where there is robust support for high-impact entrepreneurs. Launched in 1997, Endeavor has established a presence in nearly 40 markets across Latin America, Asia, Africa, Middle East, and underserved areas of Europe and the United States. Today, Endeavor supports over 1,800 high-impact entrepreneurs at the “scale-up” stage, offering them a best-in-class seal of approval, an unrivaled personal and professional network, frictionless co-investment capital, and peer-to-peer idea exchange in a truly global setting. In 2018, Endeavor companies generated over $20BN in revenues and created over 3MM+ jobs in their markets. Endeavor’s ultimate aim is a more equitable and prosperous future for everyone.